Part 1. What is Video Aspect Ratio

By designing with varied aspect ratios, a designer can better understand how their photos and movies will be perceived on various canvases. Knowing this will help you avoid future unnecessary labor and save time. You can also prevent cropped images and lost significance as a result of ratio restrictions. On top of that, maintaining the aspect ratio of the video will ensure that the video display will not appear distorted.

According to the placement you are aiming for, Facebook advises selecting your aspect ratio. Generally speaking, portrait (4:5 or 9:16) films occupy more screen space and increase engagement.

TikTok suggests using a 9:16 portrait ratio to fill a typical smartphone screen (or 1:1 with letterboxing).

Although Twitter supports both 16:9 and 9:16 aspect ratios, it advises using 1:1 square as it will appear the best on all devices.

The suggested size for WhatsApp Status video resolution is 1080 1920 pixels. And the same has a 4:3 aspect ratio. 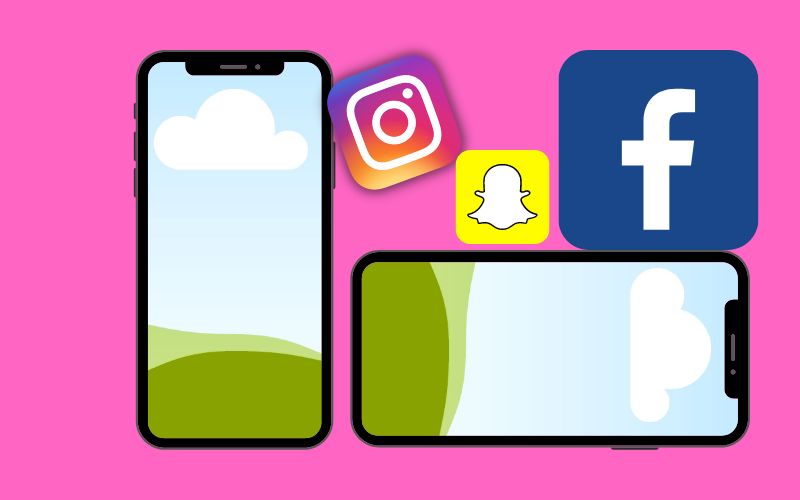 Step 1. Install and launch the tool

First, grab a copy of the program's installer by clicking the Free Download button below. Next, instantly install and launch the application on your computer. Then, you can circumnavigate the program to get yourself familiarized with it.

From the app's main interface, hit the plus sign button, and it will launch Windows Explorer or Finder on your computer. Right after, choose the video that you wish to edit the aspect ratio of.

After uploading a video file, you will see the details regarding the video you uploaded. On the thumbnail, you will see three icons. One of them is the magic wand which represents the Edit button. Tick this button to access the video aspect ratio changer of the tool.

From the editing panel of the software, there are several tabs. By default, you will be redirected to the Rotate & Crop tab. From here, you will access the aspect ratio changer. There is a section here that says Aspect Ratio. Click the drop-down button associated with this option and select your desired aspect ratio according to the video aspect ratio on your selected social media platform. Once done, hit the OK button to save the changes. 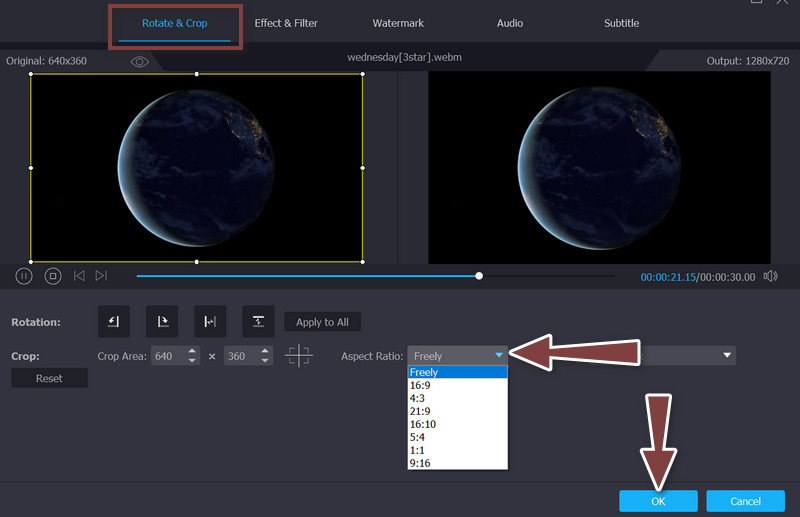 What is the vertical video aspect ratio?

A 9:16 aspect ratio vertical movie is created in portrait mode. The optimal video dimensions are 1080 by 1920 pixels, which are taller than they are wide.

How to see the aspect ratio of the video?

Is the 16:9 aspect ratio in the video recommended?

A 16:9 aspect ratio is commonly regarded as ideal since it allows for the highest resolution. On the other hand, you need to consider the purpose of your video and where it will be shown to decide the appropriate video aspect ratio for your material.