With the revolution of modern technology and growing pandemic cases, people took advantage of content making. It makes sense that people see this as an opportunity to do whatever they are interested in such as cooking tutorials, sharing their thoughts, or simply sharing what they usually do. It's a great deal because they can do whatever they want at the same time they are earning. But the question is, how do they create a great video? Will simple recording and sharing will suffice? Of course not; this is why content creators need a great video editor. A video editor is a tool involved in the post-production and video-production of filmmaking. Content creators use this tool to select and combine the shots into sequences and add sound effects and music to produce a great video. Windows Movie Maker is one of the best video editors that existed before because it offered the ability to create and edit videos. However, Windows Movie Maker was discontinued in early 2017, so if you have it, you can continue using it, but if you get a different computer and can't transfer the program, you will no longer have to access it. Luckily, with this article, we reviewed and provided the 6 best Movie Maker alternative worth trying.

Part 1. What is Windows Movie Maker

Windows Movie Maker was an excellent video editing software program for its time. It is also known as Windows Live Movie Maker, developed by Microsoft. Also, it was a part of the Windows Essentials software suite, so users do not need to install any additional video editing software. Nevertheless, this tool can be accessed if you still have it on your Windows computer, but if you get a new computer and can't transport it, you will not be able to use it. With that being said, you have no choice but to look for alternatives; in fact, there are many video editing tools that anyone can use. Below are the reviews of Windows Movie Maker Windows 10.

Distinctive Feature: It has a comprehensive range feature that enables users to convert and compress video files such as AVI, MP4, MKV and many more.

Are you still questioning yourself, “what is the best alternative to Windows Movie Maker?” worry no more as Vidmore Video Converter provides the best video editing tools. This software program is not just your ordinary video converter, as it also grants user editing tools that are useful for video production. With this program's help, users can make powerful videos or films from different images and video clips such as a video tutorial, documentary, and even a personal blog. Besides, users can add their favorite soundtrack or personalized sound effects for more appealing videos. It also allows users to automatically change the video effects, get rid of video noise, and lessen video shaking. After creating a film, users can export the video as an MP4, MOV, MKV, and more, with high-quality up to 8K. Plus, this tool comes with unique features like compressing a video, creating GIF, and applying 3d effects. 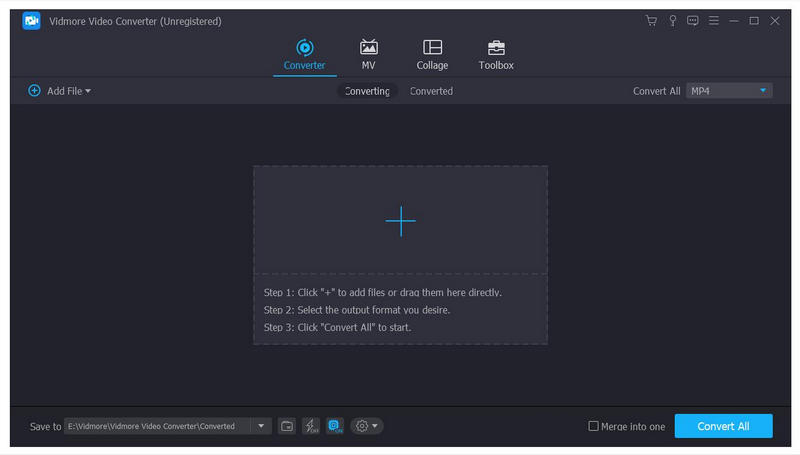 Another alternative to Movie Maker Windows 10 is Sony Vegas Movie Studio. This software is a powerful video editing tool that can be useful for professional or more experienced creators. In fact, this tool interface can be too complex for those just beginning. However, this tool is designed with great features; with its motion tracking, users can track objects in each video to apply effects in any scene with keyframes. It swiftly stabilizes shaky footage and provides users smooth video with few clicks, saving a video user thought would be useless. Also, it provides a more proficient color grading workflow where users can modify color and saturation to take control over the video shadows, mid-tones, and highlights. 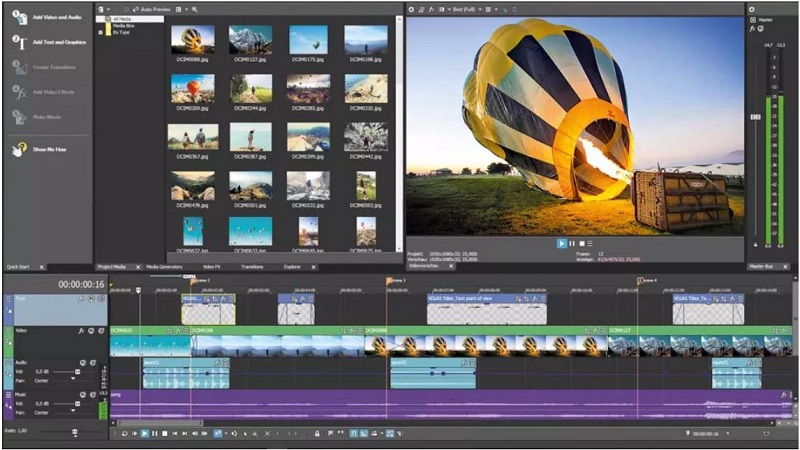 Shotcut is a Windows Movie Maker alternatives free. It is an open-source program and a video editor with a smooth design that is easy to understand. This program supports the latest audio and video format with the help of FFmpeg. It comes with different features, like a timeline view and a filter to fade in and out for the video and audio. With the drag-and-drop features, users can easily choose a video to edit. Also, it provides an extensive menu of various filters such as favorite, video, and audio; with these automated filters, users can add it on the fly, which will be reflected right away. 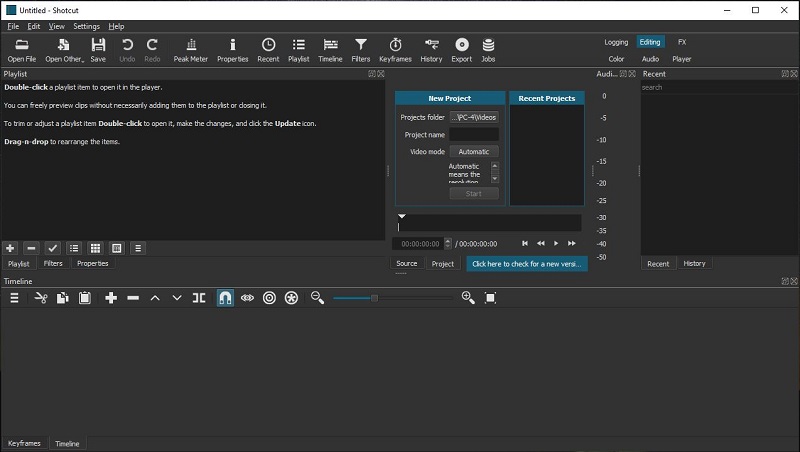 VSDC Video Editor is an alternative to Movie Maker Windows 10 that lets users create and edit videos. It is accessible as it provides a free edition that starts with many options such as blank projects, creating slideshows, importing content, and capturing a screen. This software is suitable for making a family greeting video for a company presentation. After you launch the tool, you will see that it is more complex than Movie Maker, but it will show each button's functions if users hover over any button. Furthermore, it includes filters, video effects, and audio effects for more exciting video output. 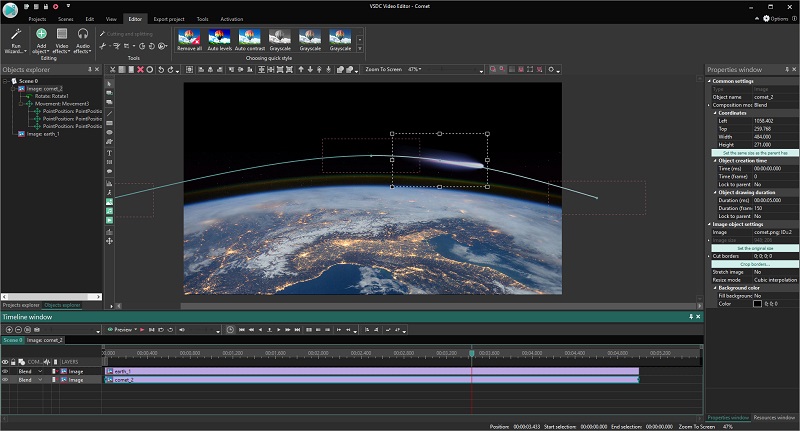 Distinctive Feature: The “Sequence Preview area” gives the user an instant preview of what the clips look like.

VideoPad Video Editor is popular as an alternative to Movie Maker for Windows 10 because of its old-school user interface that appears to have derived straight from the Windows XP era. This tool grants users to create and edit a video such as tutorials, documentaries, and more. It includes over 50 video effects and transitions that come in handy for video production. Besides, users can also edit and apply effects to audio tracks such as choral, echo, distortion, and more. Once users are done creating a video, they can export the video in multiple resolutions, including full HD, 2K, and 4K. 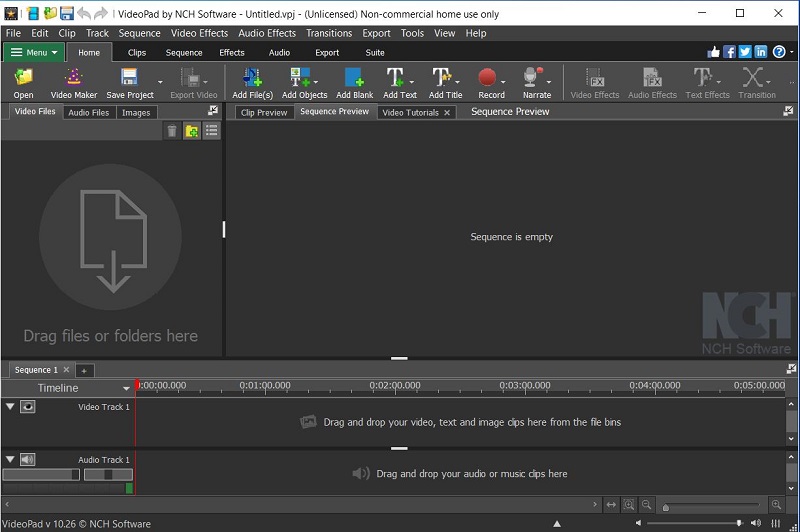 Distinctive Feature: It has a feature named “Joblist,” which can organize the queue project, so users can have one location to access their files.

Lastly, one of the Movie Maker alternatives free that you can use to edit or customize video is Avidemux Video Editor. Not to mention, it has a clean user interface that first lets users enhance the video concept in just a few steps. In connection with that, it is designed for simple cutting, filtering, and encoding tasks. Furthermore, it supports many file types such as MP4, AVI, DVD compatible, and more. With this tool, users start by opening the video file they want to edit; after that, they can attach new videos if needed. Additionally, users can also trim videos with the Start and End markers' help on the bottom of the time scale. 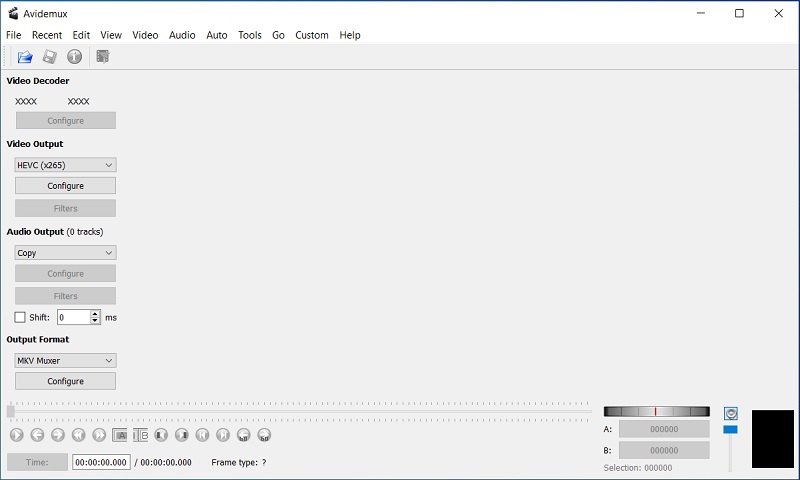 1. What is the best alternative to Windows Movie Maker?

There are many alternatives to Windows Movie Maker you can search online. The alternatives for Movie Maker we provided above may differ from video editing features and interface, but they are good options. We suggest Vidmore Video Converter as the best alternative because it can be utilized as a converter at the same time as a video editor.

2. What is the best alternative to Windows Movie Maker?

Most video editing software comes with basic features like cropping, cutting, and adding audio or visual effects to make the video editing process simple. On the other hand, it is a huge plus if a tool with an extensive library of royalty-free photos, transition effects, and text overlays.

3. What are the features of Windows Movie Maker?