When you want to stream the Blu-ray movies to your Android tablet, iPhone and more other device, you’d better rip Blu-ray for Plex Media Server. Plex is one of the most popular home media sharing and managing solutions, which you can sync the Blu-ray files to Xbox, Play Station, Roku, iPhone or Android device directly. The article shares 3 easy methods to rip Blu-ray discs on Plex Media Server. Just learn more details about the processes from the article now.

Part 1: The Best Method to Rip Blu-ray for Plex with the Original Quality

Blu-ray disc has 1080P/4K high quality movies and excellent audio files. How to rip Blu-ray to Plex Media Server with the original quality? In order to extract the desired videos from Blu-ray movies, Vidmore Blu-ray Monster is an all-in-one Blu-ray to Plex converter that converts Blu-ray disc/ISO/Blu-ray folder with its original structure, 6x fast speed and original file quality.

When you want to stream Blu-ray movies to Plex, you can install the Blu-ray for Plex ripper to your computer. Put the Blu-ray disc into your Blu-ray drive and launch the program. Unfold the Load Blu-ray menu on the top ribbon, select Load Blu-ray Disc and choose your disc.

After title loading, click the Format option on the first title to open the format-setting dialog. Go to the Video tab, select MP4, MPEG or even the optimal preset of device for Plex Media Server, such as MP4. Select the Same as source option to rip the Blu-ray to original quality.

To trim a movie, click the Cut option to open it in the Cut window and set the starting and end points. If you want to get other video editing tools, like rotate, click the magic bar icon to open the video editor window. You can set audio and subtitle tracks in Audio and Subtitle areas.

Go to the bottom of the home interface, and select a specific directory to save the ripped Blu-ray movies in the Save to box. Once you have clicked on the Rip All button at the bottom right corner, the program will rip Blu-ray movie to Plex directly on your computer.

Part 2: How to Rip and Stream Blu-ray with Plex Media Server Directly

Step 2: Click the Plus icon on the left side to trigger the Add library dialog. Select the Movie and click the Next button, choose a language, and click Next to enter the next window.

Step 3: Click the add folder to set the directory where you store your Blu-ray movies on hard drive, and click Add library to move on. Now, the Plex service is setup on your computer.

Step 4: After that, you can install a Plex client, such as PS4. Run the browser on your client, and access www.plex.tv/web. Sign in the same account that is associated with Plex Media Server.

Step 5: All files that you have imported to Plex Media Server will appear on your PS4 screen including the Blu-ray movies. It is only available to stream, playback and rip the unencrypted Blu-ray discs.

Part 3: How to Rip Homemade Blu-ray for Plex for Free via VLC

VLC Media Player is another method to rip Blu-ray for Plex for free. It is not only an open-source media player, but also a free Blu-ray ripper. But VLC is not able to produce high quality output. It means that you cannot get the 4K or HD resolution.

Step 1: Insert the Blu-ray disc into your Blu-ray drive and open VLC Media Player on your computer. VLC is not available to all Blu-ray discs. It cannot handle optical discs encrypted by advanced technology.

Step 2: Click the View menu and choose Advanced Controls option on the top ribbon and you can get more buttons at the bottom. But you cannot decide the output format or other custom options 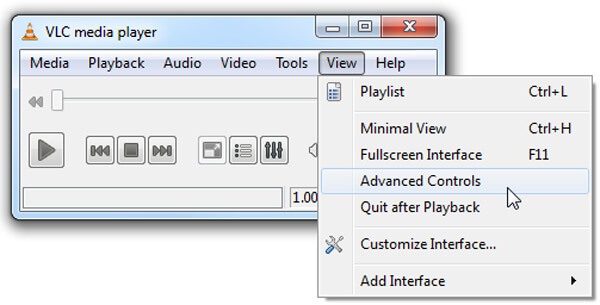 Step 3: Go to the Media menu, select the Add File option, and choose the title you want to rip from the Blu-ray disc. Then click the Record button to start ripping Blu-ray for Plex.

Step 4: Wait for the movie playback to complete. VLC will save the Blu-ray movie in MPEG format in your Documents folder. It spends the same time with your movie length. 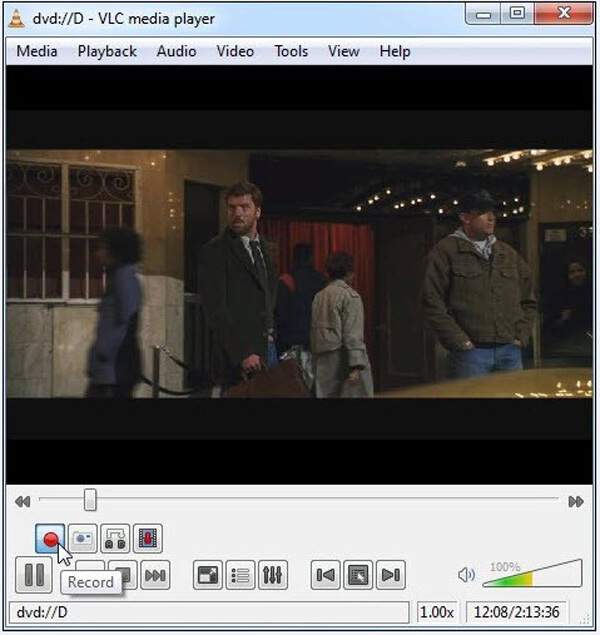 The article shares 3 frequently used methods to rip Blu-ray for Plex. Of course, playing Blu-ray movies in Plex Media Server with a client is the easiest way. You can also use VLC Media Player to rip Blu-ray for Plex without any charge. But if you have a commercial Blu-ray DVD disc, Vidmore Blu-ray Monster is the most cost-effective option.