DivX Player and Its Alternative to Play DRM DivX Movies

However, to play DivX videos on PC or Mac, DivX Player is what you need exactly.

That’s what we shall uncover. Read on to find DivX Player and get its best alternative to play DivX DRM videos on a computer.

Among, DivX Player is the one that we will talk today, which play the DivX content with the extension of .avi, .divx, .mkv, and more.

The steps of playing DivX content with DivX Player are pretty easy.

Step 1. Download DivX Software from the DivX official page. It is compatible with Windows and Mac computer and you should download the version that you need.

While installing this software, you are optional to install DivX converter and caster. Here we need a DivX Player.

Step 2. Just open the DivX files on DivX Software after the successful installation, drag, and drop the DivX files that you want to play. Then this software will start playing. 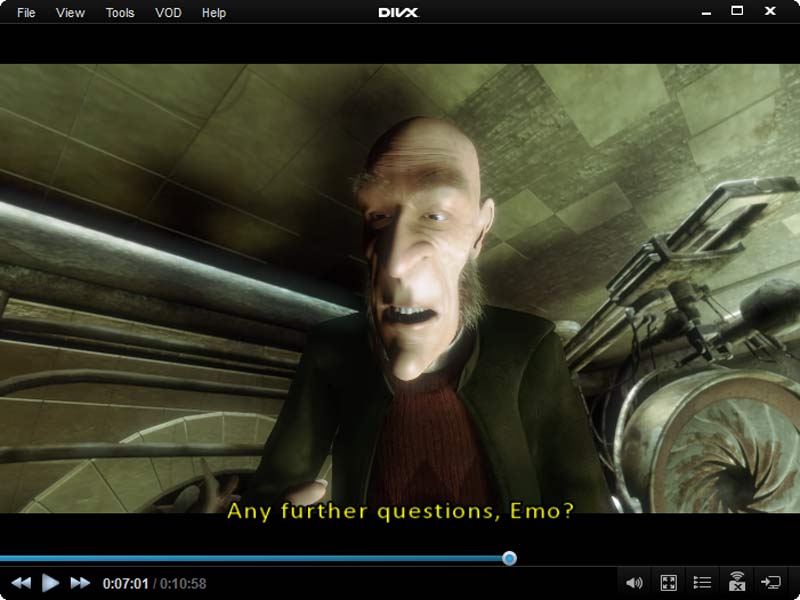 While playing DivX movie, you are allowed to right-click the play area to control subtitles, titles, chapters, and more preferences. 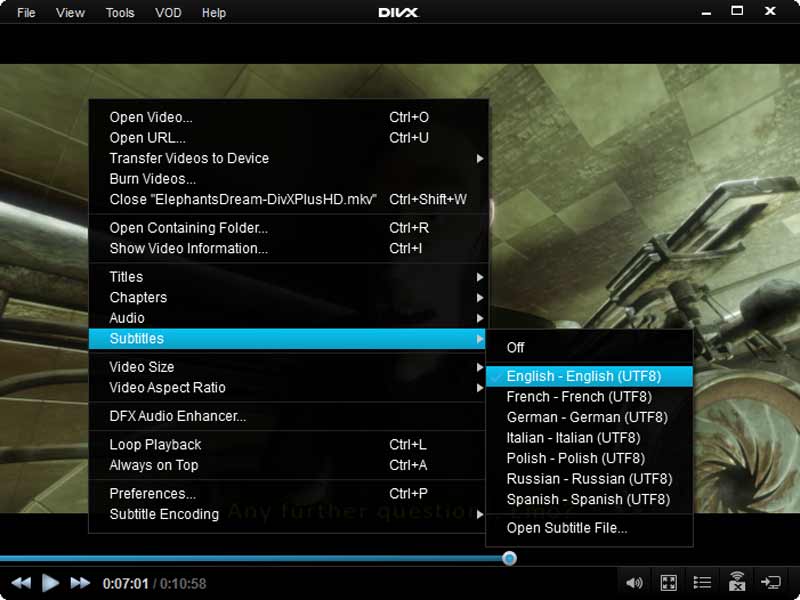 DivX DRM protected files can be copied on other devices, e.g. a computer, but they cannot be played until the computer is DivX registered. If you do not intend to register your computer as a certified device, you can try DivX Player alternative, Vidmore Player.

Vidmore Player is a universal player software for computer users. It can play all DivX files including AVI, MP4, MKV, H.264, and HEVC. Moreover, it can play Blu-ray and DVD movies from all regions without ads smoothly.

As a DivX Player alternative, it can play DivX files on a non-certified device easily.

Here’s how to get started:

Install this player after a successful installation.

Initiate the window, click Open File button to browse, and open the DivX video you want to open. Then this software will start playing. 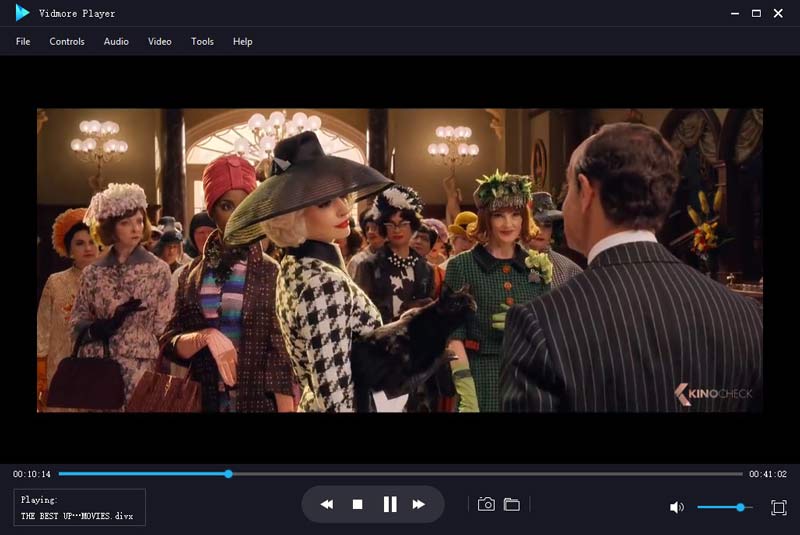 Apart from playing DivX players, you can benefit from Vidmore Player as following:

What is DivX Player used for?

DivX Player is a free component of DivX Software, which is a program to play, convert, and cast DivX files on certified devices.

It is safe to install on computer to play DivX files. However, the free version of DivX Player contains ads, and those ads may be from an insecure website.

Can DivX play on DVD players?

Yes. DivX is a proprietary format and was used in DVD and Blu-ray files. As development of XviD, which is an open-source codec with similar features to DivX, certain DivX assets, intellectual property, and subsidiaries were sold to Fortress Investment Group in 2018. It is still used to support the traditional method of creating standard AVI files.

What are the differences between DivX and XviD?

No audio or audio is distorted with DivX movie playback on a Mac?

When you use DivX Player on Mac, and meet the sound playback problem, you can fix the problem by trying the following solutions:

Moreover, Vidmore Player is a replacement that can open DivX and other media files on PC and Mac directly.

Now it comes to your turn.

Would you download DivX Player as a media player?

Or just give Vidmore Player a try?

Any suggestion or question about this topic is welcome here.