It’s quite essential to have an MP4 player for watching your favorite movies, either on a Windows 10/8/7 PC or a Mac. Surely you need a good media player to play various videos including MP4. The question is, which MP4 video player you should use?

MP4 is one of the most popular and standard video formats which has high-compression rate and light file size. Whether you are using a Windows PC or Mac, your computer may have a default media player like Windows Media Player or QuickTime Player. But a third-party MP4 player may offer you a compact interface, higher quality video playback, and other useful functions.

If the default MP4 video player lacks MP4 capabilities and cannot play your MP4 videos, you need to pick another MP4 player for your computer. There are a large number of paid and free media players including online ones offered on the market. To help you make a choice, here we make a list of 10 best MP4 video players.

Windows Media Player (WMP) is the native media player and media library application which developed by Microsoft. It is mainly designed for playing video, audio and viewing pictures. Windows Media Player is pre-installed in any versions of Windows, including Windows 10, Windows 8.1 and Windows 7. 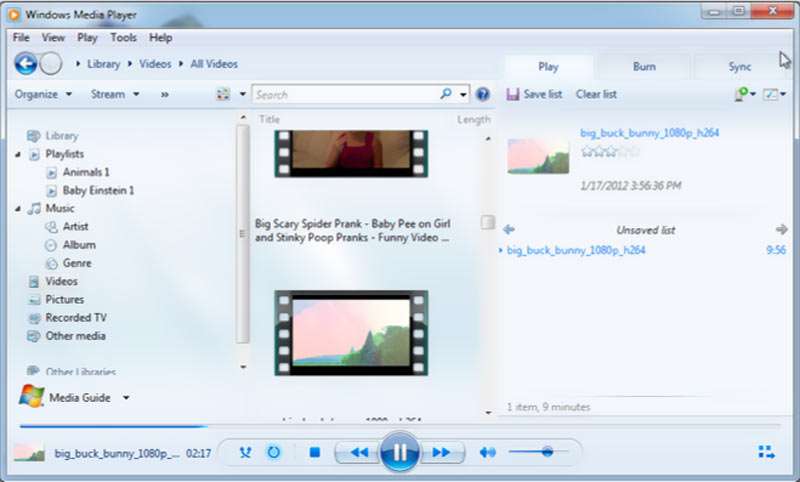 QuickTime Player is the default media player for Mac users. QuickTime can work as a good MP4 video player for you to view all kinds of media files on Mac. It can offer you a smooth and high-quality video playback. What’s more, this Mac MP4 player is designed with some editing and conversion functions. 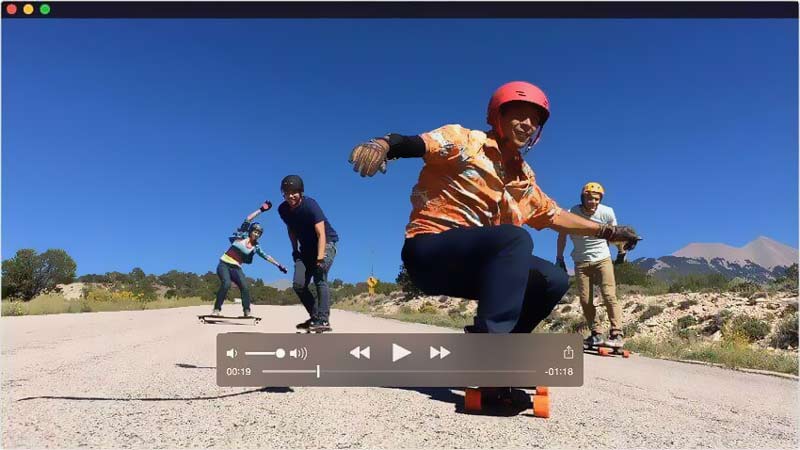 Check the solutions when QuickTime Player is not working on Mac.

Vidmore Player is an all-featured media player which has the capability to play Blu-rays, DVDs and 4K videos with high quality. It can work as the best MP4 video player for you to view any MP4 videos with great visual and sound experience. Besides MP4, it highly supports any popular video and audio formats like MOV, AVI, MKV, FLV, WMV, VOB, MP3, WMA, AAC, M4A, FLAC and more.

This MP4 player allows you to play 4K UHD and 1080p/720 HD videos smoothly. It offers multiple parameters to customize the video effects like hue, brightness, contrast, saturation and Gamma. What’s more, this MP4 video player is equipped with the advanced audio decoding technologies like Dolby, DTS, AAC, TrueHD, and more. You can view your MP4 video with surround sound effect. It also gives you a screenshot feature to save any moment of the playing movie as a picture.

VLC Media Player is one of the most popular media players for both Windows PC and Mac users. As a free and open-source multimedia player, VLC enables you to play MP4 videos encoded with MPEG-4 and H.264 on Windows 10/8.1/7 PC, Mac and Linux computer. It also can play various DVDs, CDs, VCDs and audios. It is compatible with many popular video formats including MP4, MPEG, and AVI. 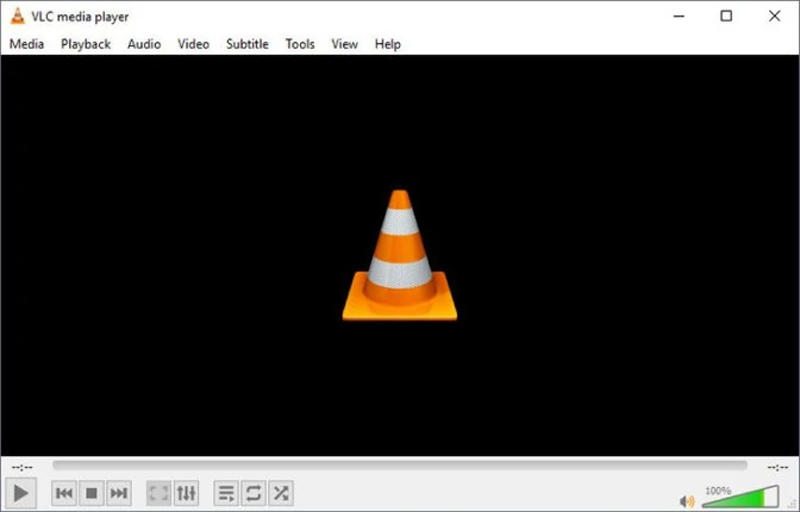 Besides the MP4 video playing feature, VLC also carries some useful editing and converting features. It can help you convert video and rip DVD, Blu-ray, and CD to frequently-used format like MP4, TS, MP3, WebM, and more. One thing you should know is that, while the usage of VLC media player, you can get the MKV not playing in VLC, VLC unexpected crashing and other issues.

KM Player is a popular MP4 video player that is compatible with both Windows PC, Mac, Android, and iOS devices. It has the ability to play videos in high resolution. This MP4 player is designed with screen capture options, internal codecs, and 24 languages support features. It gives you the full controls of video and audio playing, and all aspects of video, sound, and subtitles. 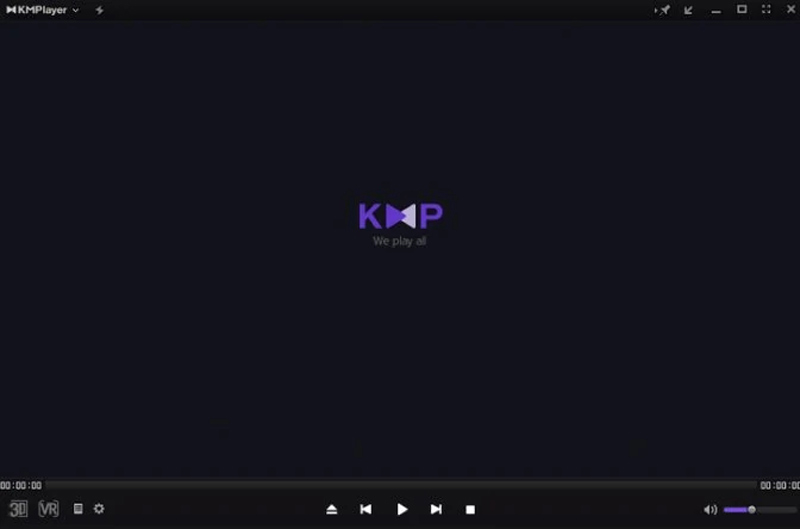 This MP4 player supports almost all popular video formats, including 3D, 4K UHD, 1080p/720p HD and common SD videos. It carries some additional features like editing subtitles, choosing favorites, remapping the keys for remote interface. KM Player also enables you to download from video sharing sites. It is able to stream all types of videos and audios through Airplay, and DLNA, and others.

Video Player is an online MP4 video playing extension for Windows PC and Chromecast devices. It has the capability to play the local MP4 videos smoothly. This online MP4 video player allows you to play all videos from your playlist. It can sync all your devices with the Google Drive and manage various video contents remotely. 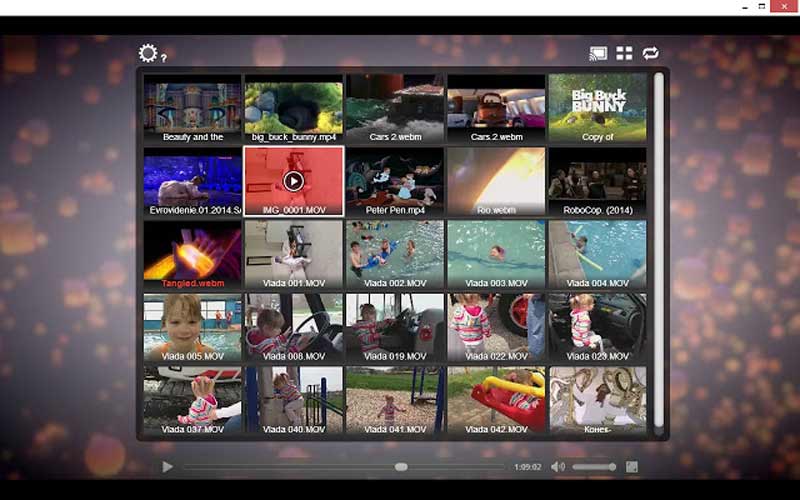 To play MP4 videos online with this MP4 video player, you need to go to Chrome Web Store and add this extension to your browser. After that, you can add a local file folder which carries all your MP4 videos to this online MP4 player. Then you can click on the specific video to start the playing process. It is designed with a concise interface for you to easily control the playing process.

PotPlayer is a free media player which is developed by a South Korean company, Kakao. This free MP4 video player is extremely light-weight. It supports a variety of different video codecs and formats including MP4, MOV, FLV, AVI, MKV, MTS, and more. PotPlayer also carries a cool feature to some corrupted media files. 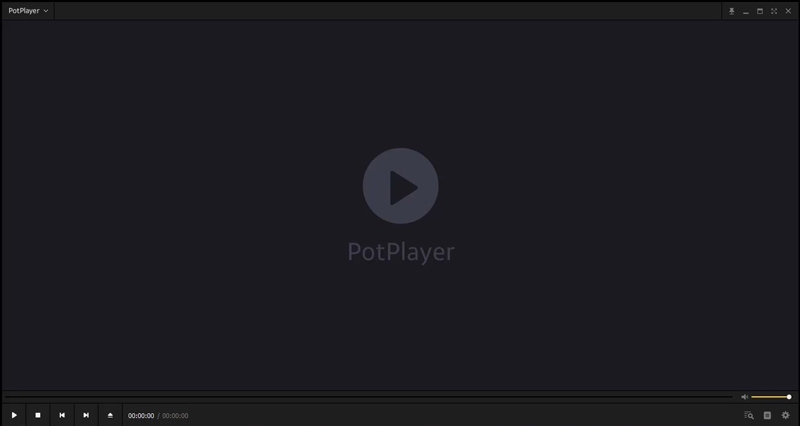 GOM Player is another popular media playing software which produced by a Korean company. This MP4 video player has a clear interface and some features other programs lack. Besides the basic MP4 video playing feature, it allows you to install its mobile app to remote while watching videos. It is compatible with most popular audio and video formats like MP4, MKV, AVI, WMV, MOV, FLV, VOB, DAT, OGG, ASF, MP3, AAC, FLAC, WMA, and more. 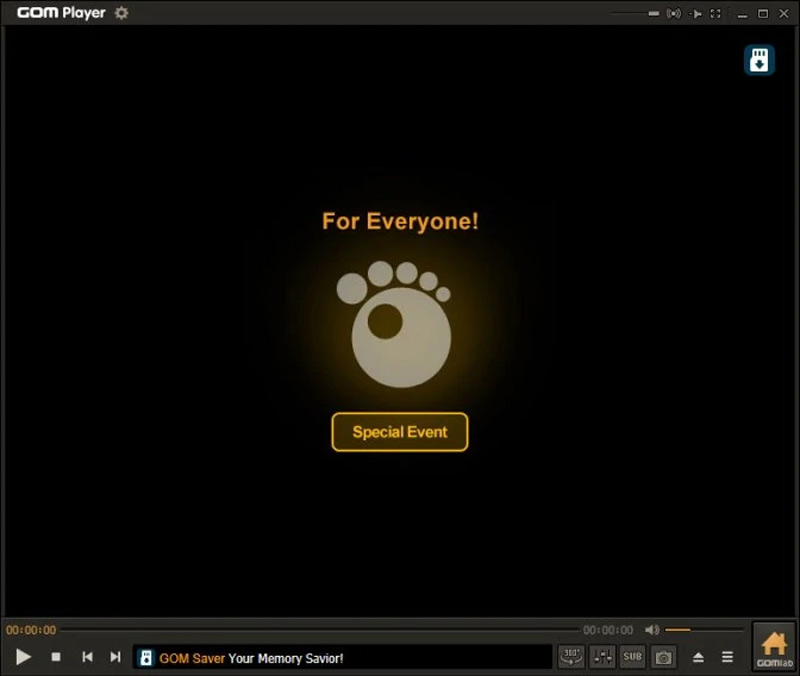 GOM Player is an excellent MP4 video player for Windows PC. It gives you an array of advanced features like speed control, A-B repeat, custom video and audio effects, screen capture, and others. You are allowed to extract audio from your video with ease. It also enables you to change the player skin to get a customized look. GOM Player is able to download online movies, TV shows, and other videos with high quality.

Real Player was one of the most popular media players once. It allows you to play all kinds of media files on both Windows 10/7/8 PC, Mac and Linux computers. It supports any popular video and audio formats including MP4, MPEG, MOV, VOB, AVI, MP3, AAC, M4A, and others. It also allows you to download some plug-ins for additional format supports. 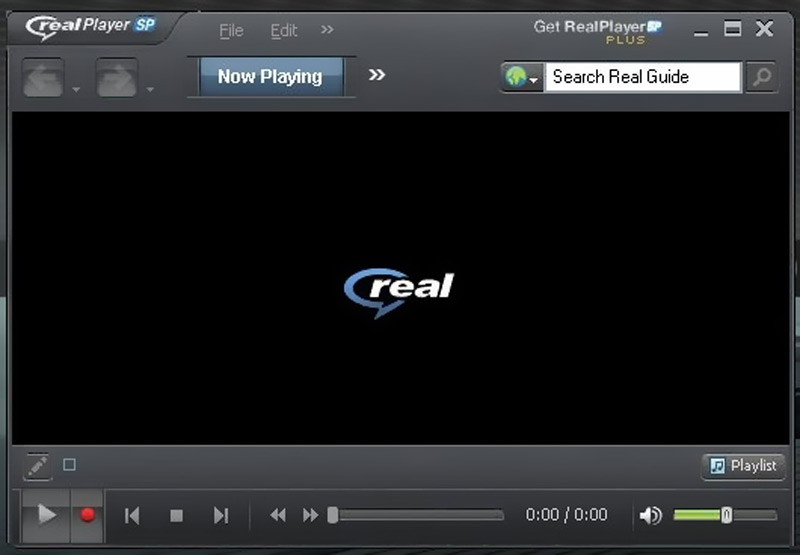 This free MP4 player enables you to stream various media files over the internet. You can also use Real Player to manage your media collection, and convert videos. Real Player is able to burn DVD and CD with ease.

DivX Player is one paid media player for both Windows PC and Mac. This MP4 video player supports playing a wide range of formats including DivX, MP4, MOV, AVI, MKV, FLV, and more. It is mainly designed for the 4K UHD and HD 1080p/720p video playback. It allows you to play MP4 on Mac and PC in extremely high quality. DivX Player allows you to stream your videos, music and photos to DLNA compatible devices like your tablets, PS4, Xbox, Chromecast, and more. 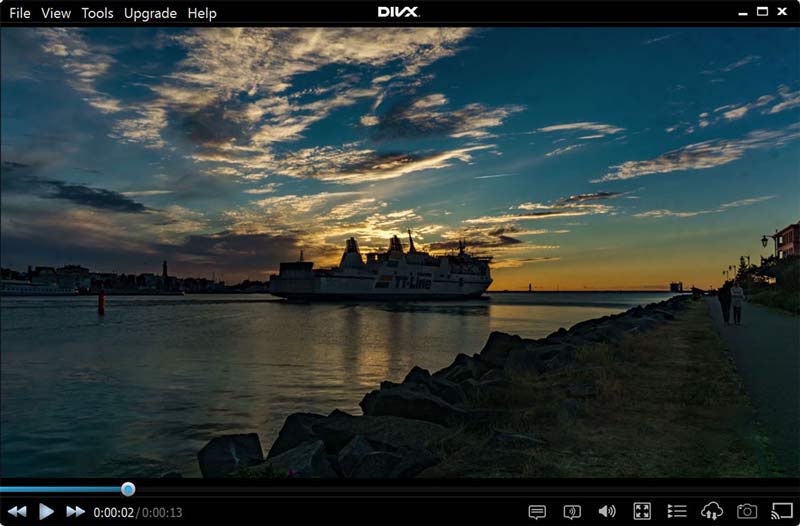 This MP4 player is equipped with a powerful converting feature. It can help you convert videos in MP4, MKV, DivX, HEVC, etc. to your preferred format without much quality loss. DivX Player provides users with a free version to play MP4 videos with a fine quality with ads. If you want to play high quality video, remove ads and get more features, you need to purchase the its pro version. The DivX Pro costs $19.99.

Part 11. FAQs of MP4 Player for Windows and Mac

If you are a Windows 10 PC user and want to play the MP4 video, you can right click on the video file and choose the right media player to play it. You can choose the default Windows Media Player for the MP4 video playback.

Xbox 360 official claims that it can play MP4 file format. But you should know that, not all MP4 videos can be played with Xbox 360. Xbox is compatible with the MP4 files with H.264 and MPEG-4 codec.

Question 3. How to free convert video to MP4?

When you want to convert video to MP4, you can rely on some video converter. Luckily there are many video and audio converters including free online ones offered on the market that can help you convert video to MP4. If you don’t know which one you should use, you can give the popular Free Online Video Converter a try.

Looking for a good MP4 player for your Windows PC or Mac? After reading this post, you can get a detailed review of 10 great MP4 video players, including free, paid and online MP4 players. You can get main features of each media player and then pick your preferred one for the MP4 video playback. If you have any better recommendation, please share it in the comment with other readers.