Top 3 Ways to Record Audio and Voice on iPhone

Step 1. First, you should find and open the Voice Memos app on your iPhone. As it mentioned above, this app is pre-installed on all iOS devices. So you don’t need to install it. If you can’t find this audio recorder, you can use the Search function or directly ask Siri to open it.

Step 2. When you enter the Voice Memos app, you can simply tap the red record button to start recording audio on iPhone.

Step 3. When you want to stop the audio recording, you can tap the stop button at the same place to finish the process. 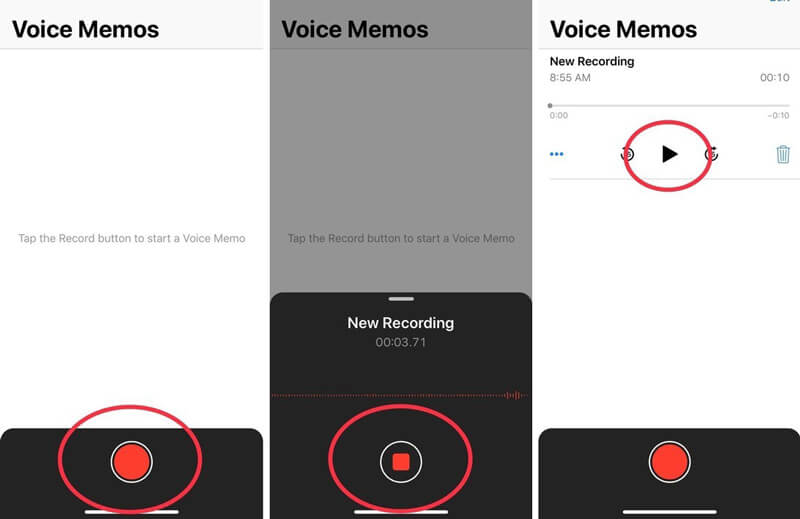 Step 4. The audio recording on iPhone will be saved automatically with your current location as the title once you tap the stop button. Then you can tap the New Recording to play and listen to the captured audio file.

Step 5. After the iPhone audio recording, you are allowed to edit the recorded audio. Some basic editing features are designed in this audio recorder. You can tap the New Recording and then tap the three blue dots icon to arise the Edit Recording option. 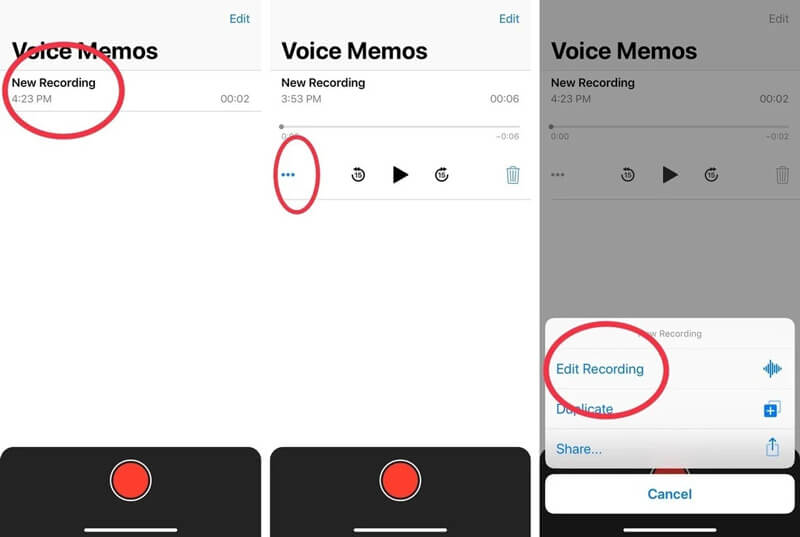 Step 6. When you enter the editing interface, you can easily drag trim slider from right to left to remove the unnecessary part. After editing, you can save and rename the recording file. 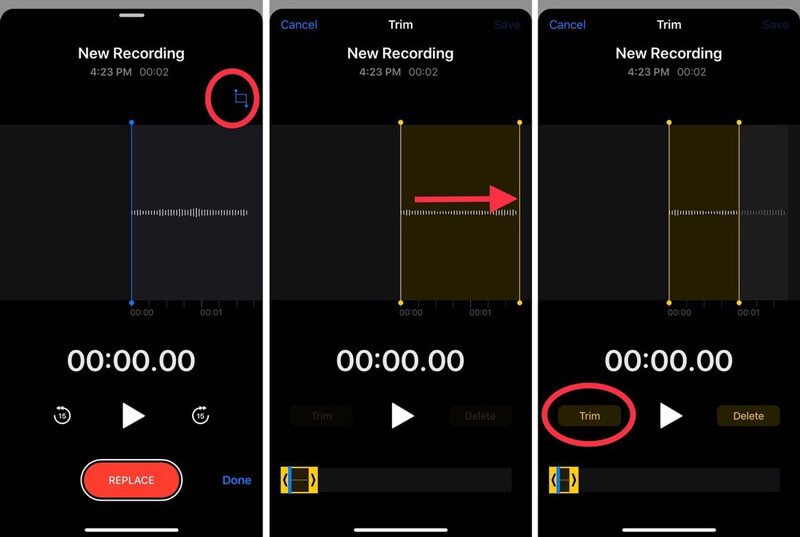 Besides the Voice Memos app, iPhone also carries a Screen Recording feature that allows you to capture iPhone screen with audio. This feature is mainly designed to record your iPhone screen. But it is able to record voice on iPhone. 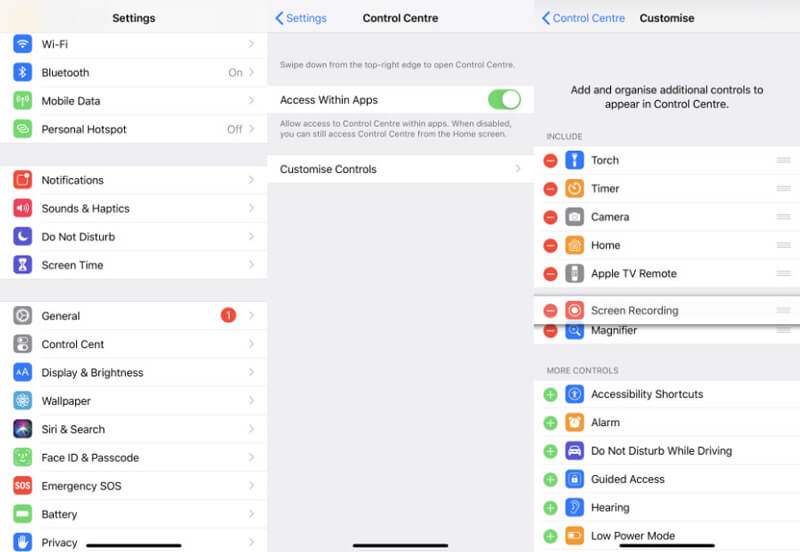 Step 2. Back to your home screen and swipe down to get the Control Center. Locate the Screen Recording button and keep tapping on it. Now you can see some recording options appears on the screen. To record voice on iPhone, here you need to turn on the Microphone. 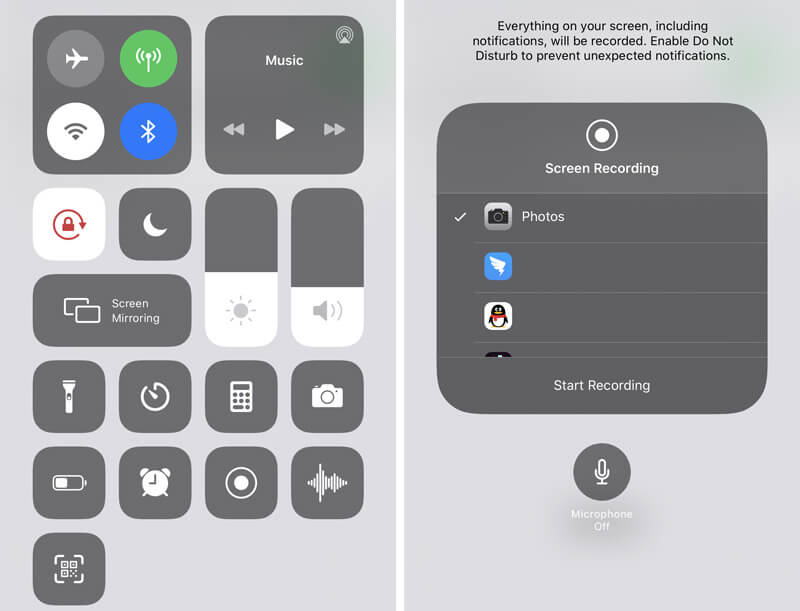 Step 3. Tap the Start Recording to start the iPhone screen recording with audio. You can tap the red recording icon in the menu bar when you want to stop it.

Step 1. If you don’t have the GarageBand app on your iPhone, you can go to App Store to install it first.

Step 2. Similar to other third-party audio recorders, GarageBand gives a straight-forward way to record audio on iPhone. After you open the app, you can simply tap the red record button to start the audio recording process. 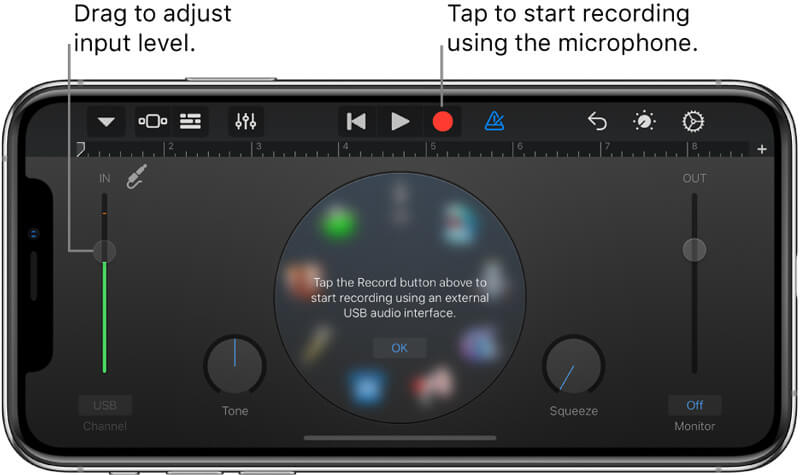 Here you may like: Top 7 Best Voice Recorder Apps to Record Sound on iPhone and iPad

Whether you want to record voice on iPhone, record lectures, or capture some important contents, you can rely on the 3 methods above to get the job done. In fact, you can only capture sound from iPhone microphone, not the internal audio. You should know that, if you want to record music, a song on iPhone, you can only record it from the microphone. So you may get some background noise. Leave us a message if you still have any questions about how to record audio on iPhone.