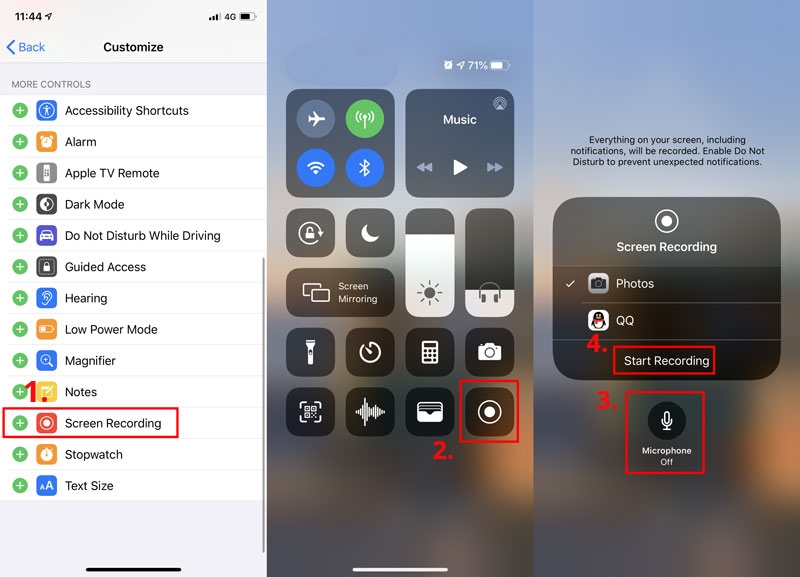 Step 1: Go to Settings and find Control Center. Then press Customize Controls. Tap the green + icon before Screen Recording from More Controls list. Now you have added the screen recorder into the control center.

Step 3: Long press the Record icon and you can turn on Microphone to record screen with your voice. Tap Start Recording and wait 3 seconds. Now your iPhone is ready to record a video of its screen. You can do anything you want to record. If you want to end the recording, just swipe up or down to visit the Control Center and tap the Record icon again to stop screen record. You can find your recording video in your Photos. 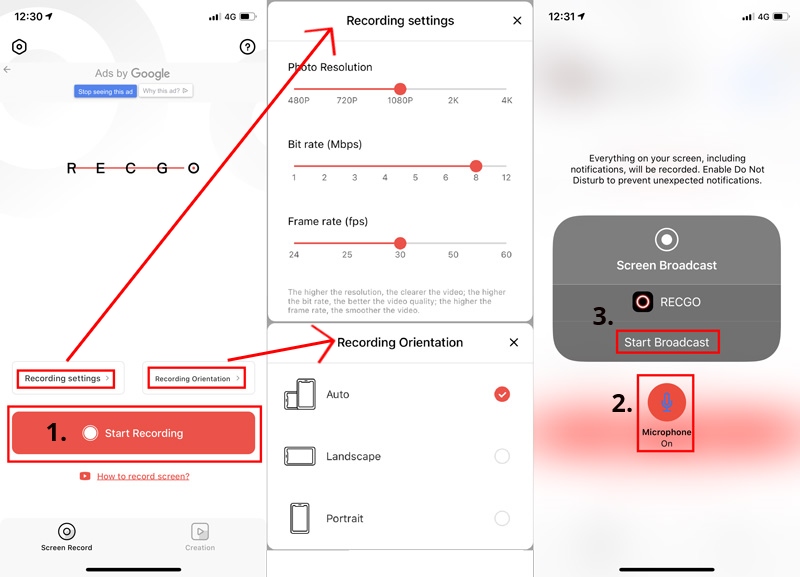 Step 1: Launch RECGO on your iPhone or iPad.

Step 3: You can keep the Microphone on to record your voice while recording. Then Start Broadcast. If you want to stop recording, you need to go to the Control Center menu of your iPhone and tap the Record icon. 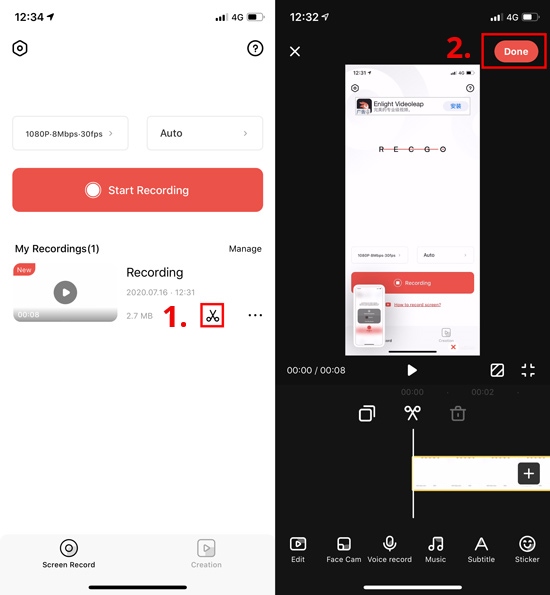 Step 4: To edit your video, please click the Scissor icon in My Recordings list on RECGO. Then you can customize your recording by adding music, subtitle or a filter. You can even change the speed and volume of your video. When you finish, tap Done to save your recording to albums.

If you need a screen recorder for your Mac, or you want to mirror your iPhone to Mac for recording, you can trust on Vidmore Screen Recorder, a convenient and powerful screen recording software, with which you can capture any part of your screen without losing quality.

Step 1: Install Vidmore Screen Recorder to your Mac and launch the recorder. Click Video Recorder to record your screen activities.

Step 2: Select the area you want to capture. Then enable System Sound or Microphone to add audio to your record.

Step 3: Click the red REC button to start recording. You can click the Screenshot or Edit icon to take a screenshot or draw on your recording.

Step 4: Click the Stop icon to end the recording. In the Preview window, you can trim this recording file before saving it to your Mac.