Can Sony PS3 Play Blu-ray Discs? Here is the Method to Watch Blu-ray Movies on PS3

How to use PS3 as a Blu-ray player? Sony Play Station 3, also known as PS3, has become one of the most popular video game consoles since it released. It is far more than a simple game console. In fact, it is able to turn to a home entertainment hub and play optical discs, including both DVD and Blu-ray disc. However, you may wonder whether PS3 can play Blu-ray and how to watch your Blu-ray movies on your game console. Just find the answer to these questions from the article now.

But the PS3 is not always working well on Blu-ray decoding. There are several reasons why PS3 cannot play a specific Blu-ray disc.

The PS3 has built-in the Blu-ray decode technology, but it does not mean you can play any Blu-ray discs in your console. Encryption is another important reason that you cannot play Blu-ray with PS3.

Part 2: How to Play Blu-ray on PS3 Directly

Just as mentioned above, system software update is an important step for playing Blu-ray on PS3. As for the case, you have to start the system update of the game console beforehand.

Step 1: Open your PS3 and connect it to a network. Go to the Settings menu and choose the System Software Update to get the latest system. If you want to watch your Blu-ray movies on large screen, such as HDTV, use a HDMI cable to connect your console and TV set.

Step 2: Wait for the software updating to finish, and insert your Blu-ray disc into PS3. Instead of the Game tab, head to the Video tab in the home menu screen. Select Blu-ray and press the X button to start playing the Blu-ray movie.

Note: If it is the first time to playing Blu-ray on PS3, you have to permit Internet access. The Java script within the Blu-ray disc requires the Internet connection, or else, you might fail to load the video content.

Step 3: Now, your PS3 read your Blu-ray disc in the same way of reading DVDs. The controller can help you control the movie playback on your game console. Keep in mind that the PS3 does not work very well with third-party controllers, so you’d better use the original one. 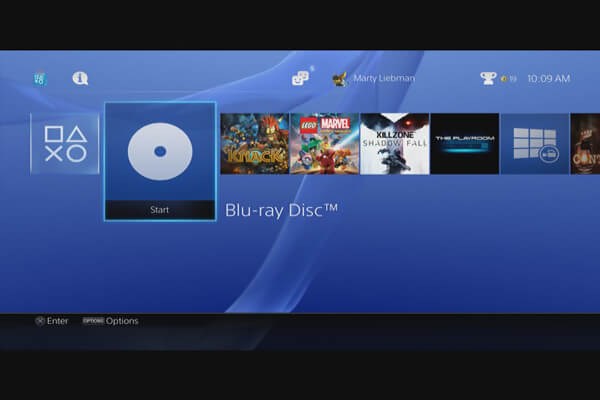 Part 3: What You Can Do When PS3 Cannot Play Blu-ray

What should you do if the PS3 cannot play the Blu-ray movie, especially for the commercial one? Is there an alternative method to playback the Blu-ray movies with PS3? Vidmore Blu-ray Monster is a versatile Blu-ray PS3 converter that extracts Blu-ray disc to PS3 compatible formats. Moreover, you can also further tweak or edit the files as desired.

How to Convert Blu-ray Movies for PS3

Step 2: Choose the Blu-ray titles you want to rip

Once you have loaded the Blu-ray disc, you can click the View/Select Movie button to check the titles that you wish to play on PS3. Moreover, you can also select the desired audio track or subtitle from the Blu-ray movie as your requirement.

Step 3: Choose the PS3 as the target device

Click the Format option next to the title to trigger the profile dialog. Go to the Device tab and select PS3 device model as the output. It will provide the optimal video format for PS3. You can also click the Edit icon to get the custom options to play Blu-ray movies on PS3.

If you want to edit a title, click the magic-bar icon to open the video editor window. Here you can find video rotate, crop, apply video effects and other tools. If the Blu-ray movies are too large for your PS3, you have to trim the Blu-ray movies into different clips.

After setting, go to the bottom of the main interface and select a specific folder in the Save to box for storing the Blu-ray movies temporarily. Click the Rip All button at the bottom right corner to begin ripping Blu-ray for playing on PS3. After that, you can transfer the movies to your console. 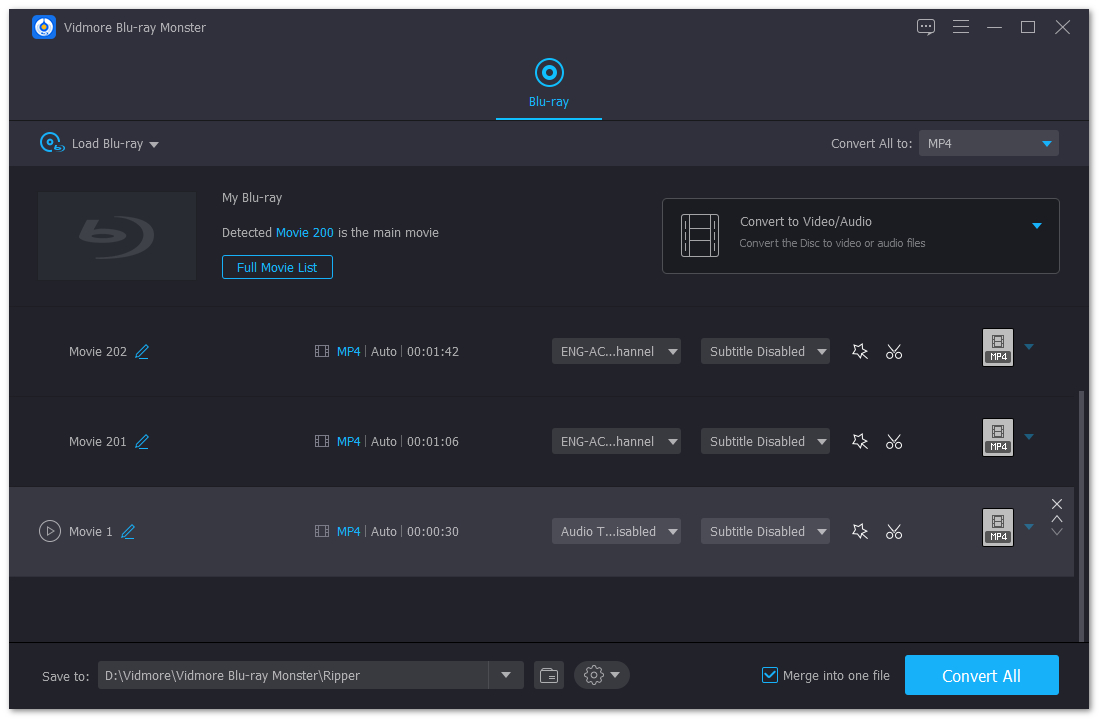 Note: When you transfer the Blu-ray movies to PS3, you can play the videos as Standard HD on your game console. The software has the advanced algorithm to remove region code and encryption. You can always playback Blu-ray movies with PS3.