Top 3 Time Lapse Video Maker to Speed Up Your Video

It is possible to construct a time-lapse movie in several different methods, and there are many more ways in which you may customize the process. The production of high-quality time-lapse films may be challenging due to the high level of technical skill required and the many settings, tools, and factors you must consider. We'll cover the whole process, from the very beginning all the way through to the end, whether you want to know how to make a time-lapse video or how to produce a time-lapse movie.

Part 1: What Does Time Lapse Mean

You will be able to produce your very own time-lapse movie by using this method. However, in more recent years, it has been feasible to utilize digital cameras to collect photos and then make a time-lapse movie with the assistance of time-lapse software.

Part 2: How to Make a Time Lapse Video

The following is a list of some methods by which you may produce a time-lapse movie on various platforms.

Generally, the camera found on the iPhone is among the greatest that you can find on a mobile device. It is similar to the cameras found on many higher-end point-and-shoot cameras. It has an incredible number of characteristics, one of which is the capacity to produce time-lapse films. Using the built-in time-lapse model makes it just as simple to shoot a movie on an iPhone as it is to take a time-lapse video using the model. It can break down the process of creating a time-lapse on your video into the following five easy steps:

Step 1: Launch the Camera on your iPhone and swipe to the right until the Time Lapse option appears. It will set the time-lapse shooting mode.

Step 2: You may adjust the focus and exposure point for the portion of the scene that you wish to capture by tapping on the screen in that area.

Step 3: When you're ready to start making your time-lapse video, you must press the red record button. Click the red record icon to end the recording. The video will automatically get smaller and be saved to your camera roll. 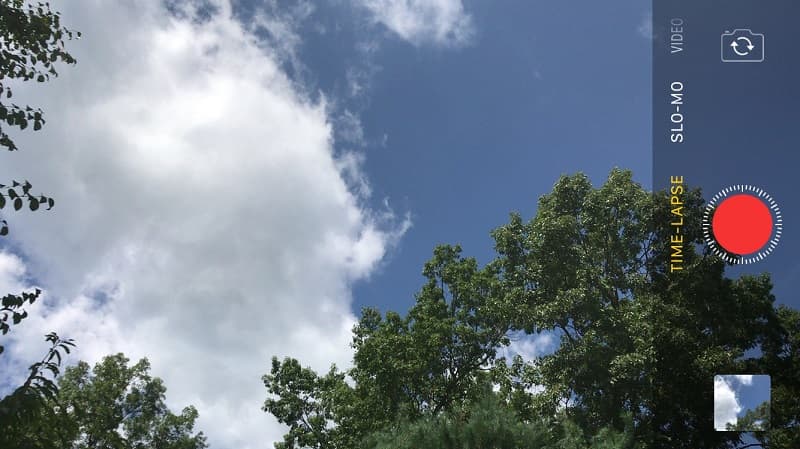 GoPro is the first brand name that comes to mind whenever the topic of action cameras is discussed. This company consistently provides the most advanced action cameras on the market. It is always on the cutting edge of new technical developments. GoPro has remained the most popular brand of high-quality action cameras for several reasons, including this one. The gadget is a camera that is both elegant and small, and it provides you with photographs and movies of high quality.

In addition, it is both waterproof and long-lasting as a result of its robust construction and design. It is a tutorial on creating a time-lapse movie with a GoPro.

Step 1: You may start recording by pressing the top shutter button.

Step 2: It will show the quantity of the time-lapse acquired on the camera's display alongside a time counter indicating when the camera is actively taking footage. And it will be indicated by the flashing red led on the camera.

Step 3: You need to click the top shutter button again to cancel the recording. 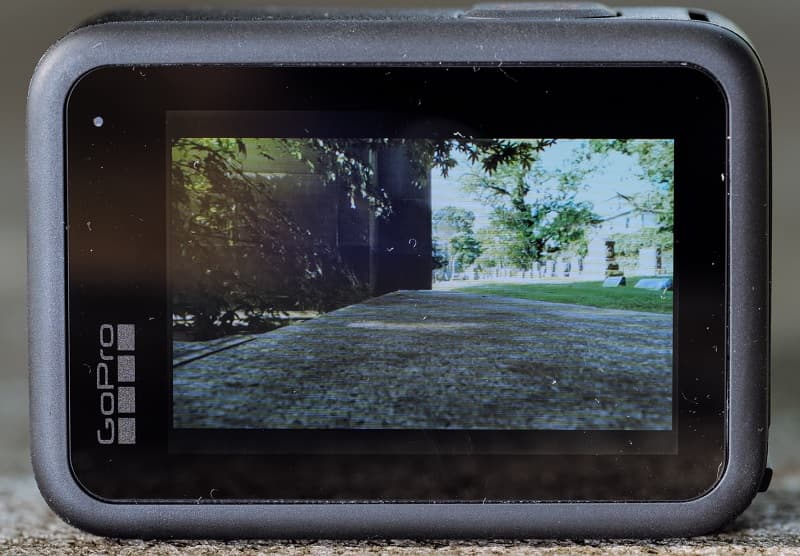 You may depend on software if you don't have a high-end gadget like GoPro or a mobile device that produces a timelapse. With that, Vidmore Video Converter is the most alternate and handy solution. It is software that may be used on computers running various operating systems, including Windows and Mac. The tool's Movie Speed Controller may help you speed up a video for faster viewing. It offers speeds reduced by anything from a quarter of a speed to eight percent of the original.

Suppose you want to add a speeding-up effect to your videos. In that case, your best bet is to utilize Vidmore Video Converter, an all-in-one solution for this purpose, instead of just playing the movies very quickly.

You may adjust the visual and sound settings as well. You may boost the volume or skip to a certain point in the recording. Even though the editing procedure may somewhat degrade your video quality, you need not worry about losing any of them.

From the Toolbox menu, choose Video Speed Controller to change video speed. It speeds up or slows down your movie's pace. 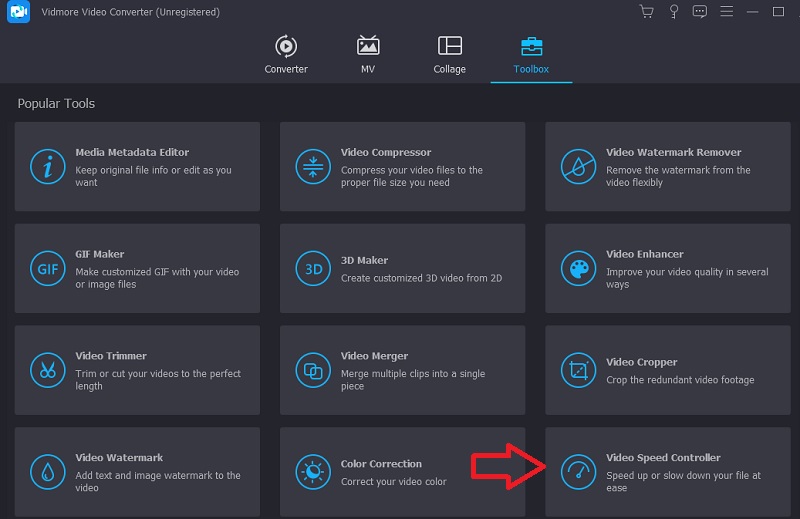 Once you've selected Video Speed Controller from the sidebar, hit the + sign in the center of the screen to add to the current setting. 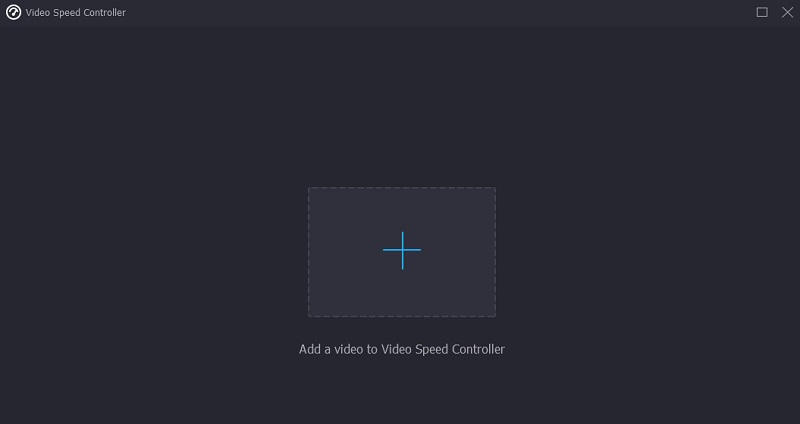 Step 2: As soon as it finishes, a drop-down menu with various speed options for the video will show underneath the clip. Simply pressing a button, you may choose the game's difficulty level and the pace you wish to play.

If you click on the Settings tab, you can also change the quality of your file. Touch the tab to do this. You can change the frame rate, the resolution, and other things. If you don't plan to change any of these settings soon, you can go ahead and convert them. 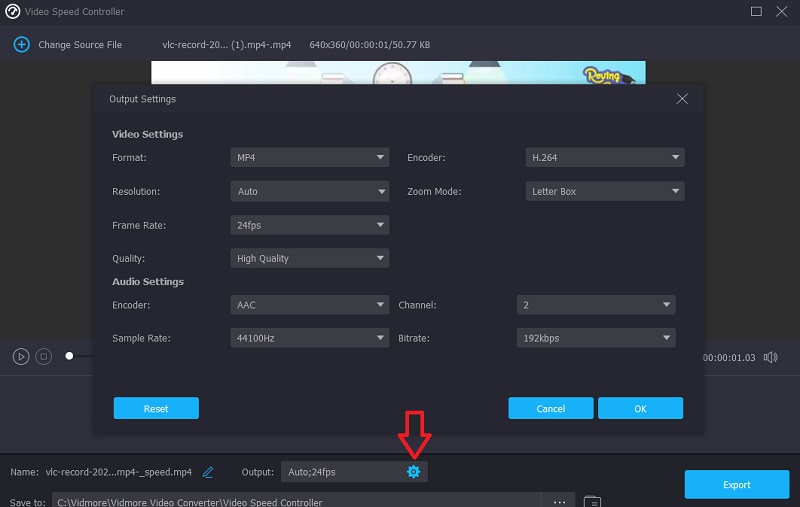 Step 3: To start the exporting process, click the Export button. Then, wait until the process is done before going on. 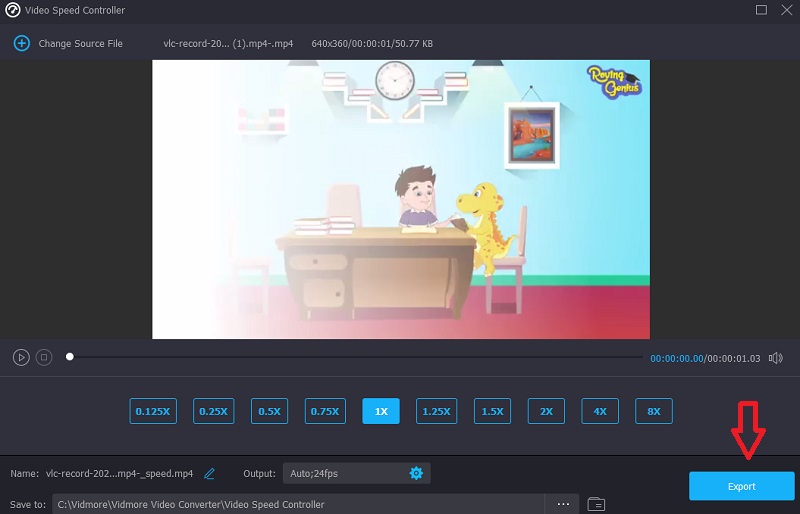 How many frames does a time-lapse video have per second?

A frame rate of 30 frames per second is typical for time-lapse movies. You can adjust the video's frame rate in post-production. However, you need to think of the speed of action happening in-camera, or else you'll have many static images.

How do photographers make videos with time lapses?

Photographers capture multiple images and then edit them into a moving picture using a video editing program. A frame rate of 30 frames per second is typical for time-lapse movies.

Is time-lapse shoot better than videos that have been sped up?

Both time-lapse and sped-up movies have a lot of practical applications. One-take filming might be the ideal solution if you want to shoot for roughly 30 minutes. Time-lapse photography is the way to go when photographing for extended periods of time.

Now that you know what time-lapse is, you can now create one! You may add spice to your video clips using one of the time-lapse video producers listed above. If you do not have sufficient storage, you may rely on a piece of software such as Vidmore Video Converter to accelerate the playback of your movies.