How to Speed Up a Video on iPhone: 3 Friendly Apps Available

We know that the photographs and videos taken with an iPhone have a very high quality. It has on-camera editing capabilities and built-in editors, such as a time-lapse and slow-motion effect. However, suppose you must speed up a video already playing at the average pace. In that case, you won't be able to employ the time-lapse effect. Because of this, you will need an app on your iPhone to speed up the movie you are watching. So, without further ado, here is a list of applications that will help to speed up a video on an iPhone.

Part 1. How to Speed Up a Video Clip on iPhone

iMovie is a powerful video editor that users may download for free. It contains a lot of features and simple editing tools. It gives users the ability to edit movies in a variety of ways. You may obtain this application at your convenience. Using this program, you have the choice of creating a video that plays at a rate comparable to the norm or playing at a far quicker speed. Choose the tempo you desire for your movie. It takes a few taps on the appropriate keys on your keyboard.

Step 1: Start the program known as iMovie. If you do not have the app on your iPhone, you may get it from the App Store as a free download if you do not already have it. To start a project, click the Movie icon and choose the Create New Project option.

Step 2: Choose one or more video clips from the assortment available in the Photos app on your mobile device. Then, on the screen, you use to edit, choose the icon labeled with the word Speed. When watching a video on an iPhone, you may make the playback go faster by sliding the little dot on the screen to the right.

Step 3: Simply pressing the Done button will bring the procedure to its conclusion for you. After that, you may find the option to save the video by selecting the Share button. Give it a tap to save the movie on your smartphone. 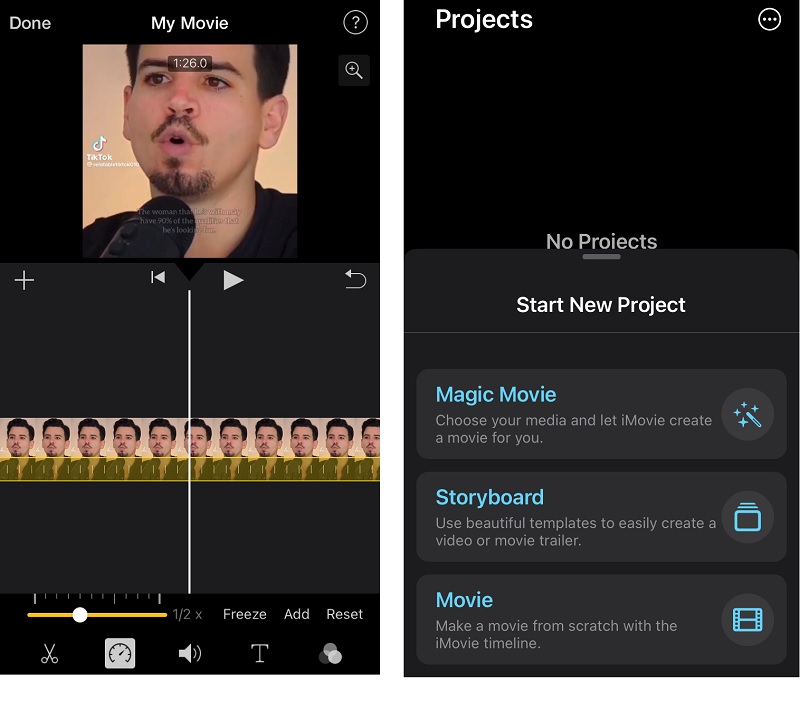 The iPhone app, Slow Fast Slow, may be used to slow down and speed up videos. It is an application for modifying the playback speed of movies recorded on iOS-based mobile devices. It works particularly well with slow-motion movies. However, any video may be slowed down or sped up using the iPhone's automated interactive timeline. This application is also available on the iPad. You also have the option of splitting the movie into many pieces and adjusting the pace of each segment independently. Additionally, it permits uploading and sharing videos modified directly on social networking platforms. Examine the following list for the specific steps:

Step 1: Get the Slow Fast Slow app from the App Store, then launch the application. To pick the videos you want to watch, tap the Plus sign at the bottom of the screen.

Step 2: After that, you may add or delete the time point by giving the screen a prolonged push. You may alter the speed of the relevant portion by pulling the lines between the locations.

Step 3: In the end, you'll need to save the videos by tapping the Export button. 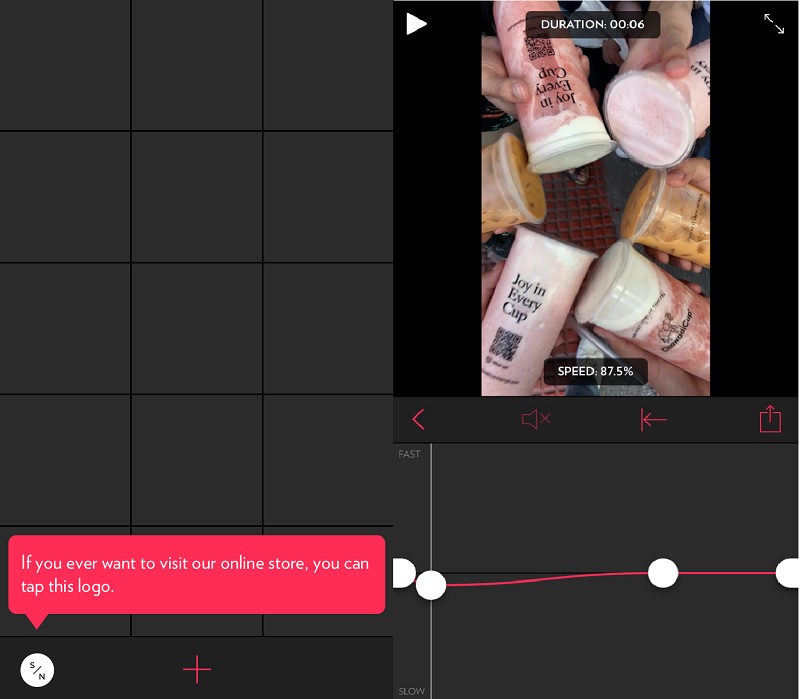 You can sync the films and speed up iPhone videos on your Windows or Mac computer when your iPhone storage space is dangerously low. In this scenario, the Vidmore Video Converter will be of great use to you. It is a flexible video converter and editor that can speed up iPhone videos, convert video formats, modify video effects, and much more. You can speed up the video rather than selecting one of the more challenging options. The program supports more than two hundred distinct video and audio file types.

Since Vidmore Movie Converter saves and supports a variety of file kinds, you will have the ability to speed up your video in several different formats. Vidmore Video Converter is a video editor that is simple to use, even for inexperienced users, and it is of great assistance.

Step 1: Vidmore Video Converter may be downloaded without charge before the trial period expires. After it has been installed, it is compatible with Windows and Mac OS X computers.

The Toolbox menu is where you'll find the option to adjust the Video Speed Controller. After that, you can add videos to this speed controller by tapping the Plus button and choosing the movies from your computer. 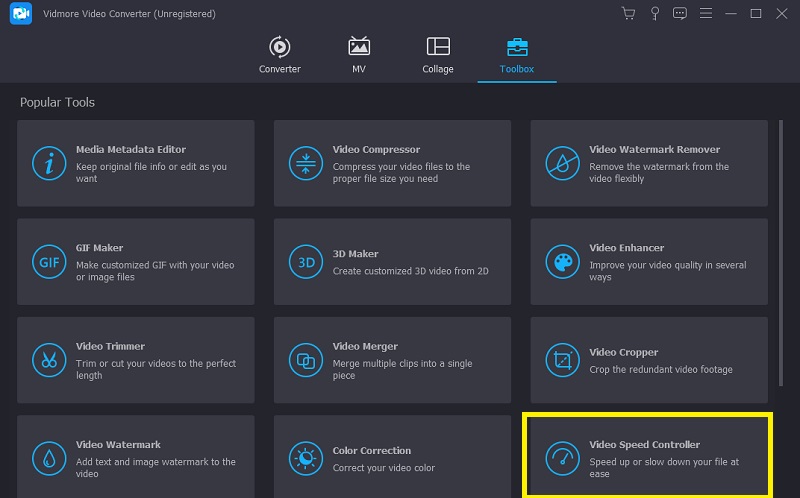 Step 2: Use a pace that falls between and if you need them to go slowly for whatever reason. As soon as you choose a speed, the top screen will automatically change to show you the outcome if you will use it. If you have many different films with different durations, you may choose the pace that will work best for each film. 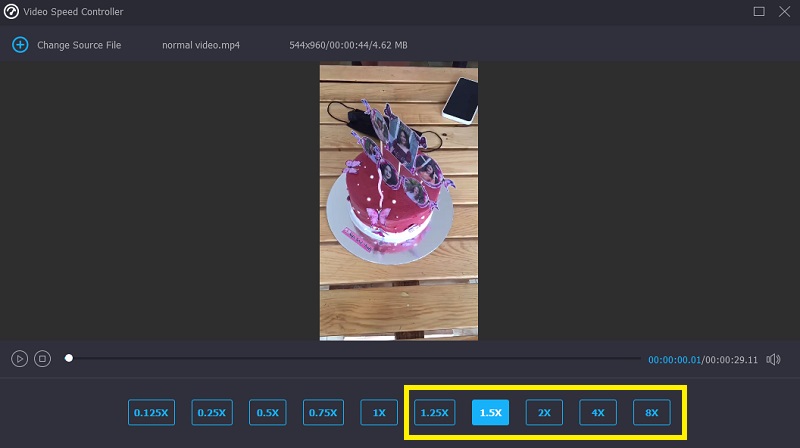 Step 3: To change the parameters for how the video is output, choose Output from the menu that drops down. You may also change the video's ultimate format at this point. After determining which file would work best, choose it and click the OK button. 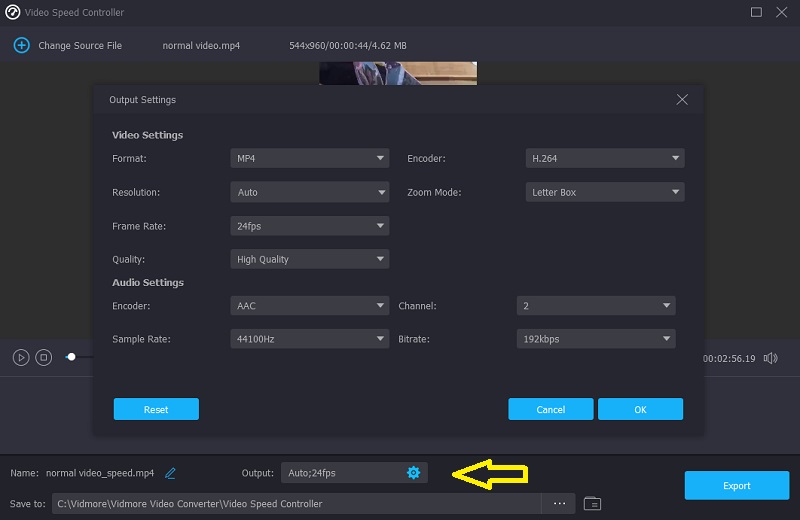 In the last step, choose a location on your computer to save the video clip. After that, choose Export from the drop-down menu and click the button to begin. 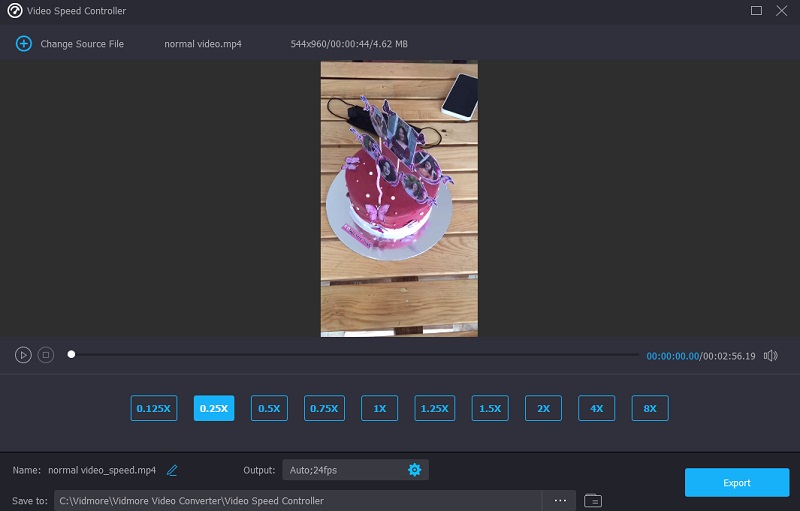 Part 3. FAQs About Speeding Up a Video on iPhone

How to speed up a video clip on iPhone by more than 2x?

Slow Fast Slow app includes a voice controller, one of its many strengths. After the video is modified, users are given the ability to modify and retain the pitch of the original video.

What is the drawback of accelerating a video?

Speeding up video will result in the loss of individual frames per second.

Those are some of the ways how to speed up a video on iPhone. This post has already offered valuable suggestions, so you do not need to be an expert in editing programs to use them. Vidmore Video Converter is here to assist you. Nevertheless, if you run out of storage space and prefer an editing tool that runs on a desktop.