If you are still looking for a voice recorder app for iPhone, Apple has already released a default voice recorder to capture audio files from the microphone and music files without paying a penny. (Check details to record screen on iPhone) 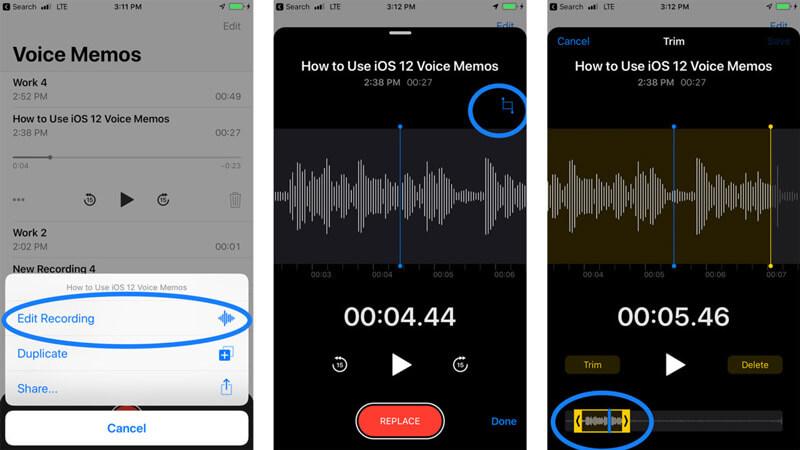 Rev is a powerful voice recorder app for both iPhone and Android phone. It turns your smartphone into a voice recorder. Moreover, it can transcribe your recordings into text directly. 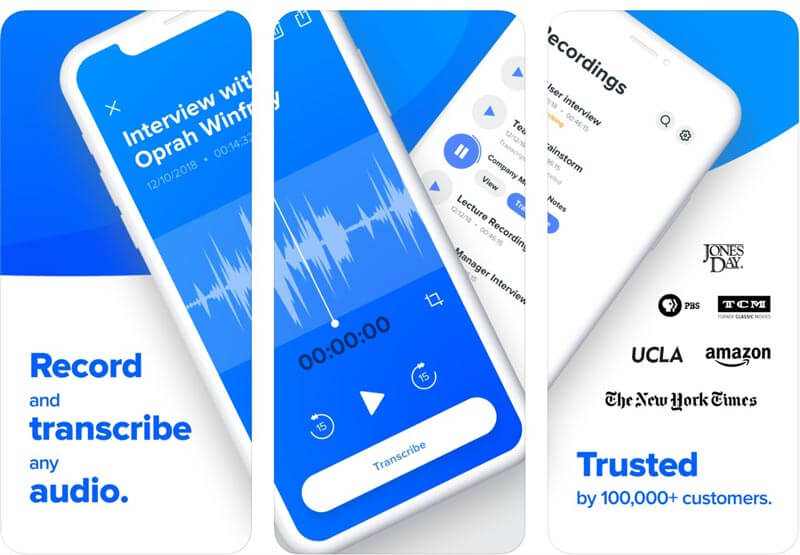 Just as the name of the app, this voice recorder app is pretty smart. It is able to live transcribe your voice recordings in 15 languages offline. Plus, you can auto backup audio recordings to Dropbox. 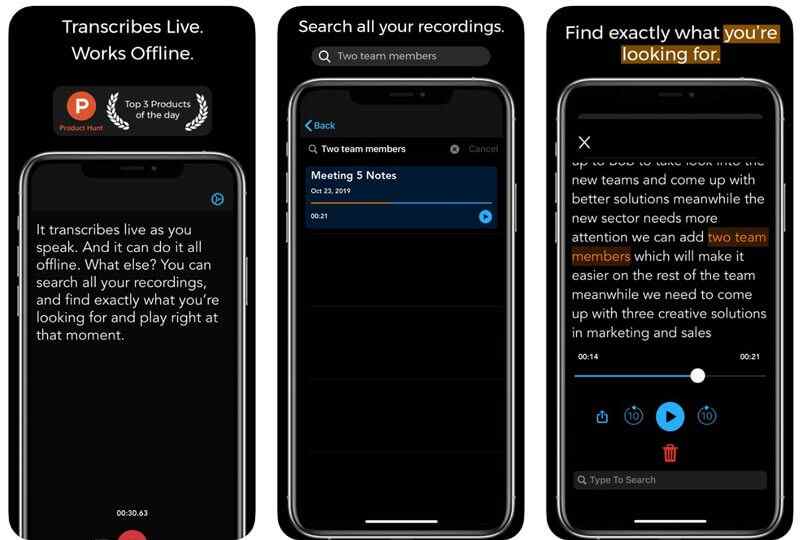 Otter Voice Notes is another voice recorder app for most of the smartphones to record meeting, conferences, voice and more in real-time. It also integrates artificial intelligence for transcription. 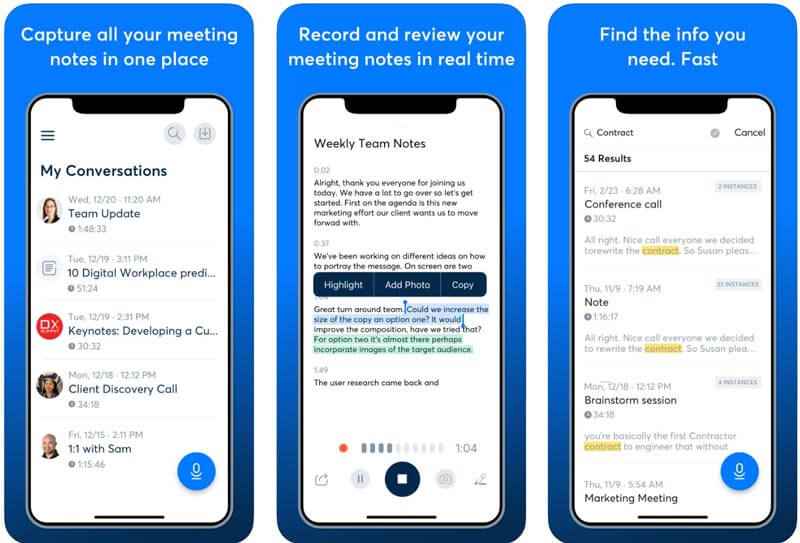 Evernote is another versatile voice recorder app for iOS and Android devices. It helps you create voice notes on your mobile device for sharing or listening to later. Besides, it contains extensive useful features. 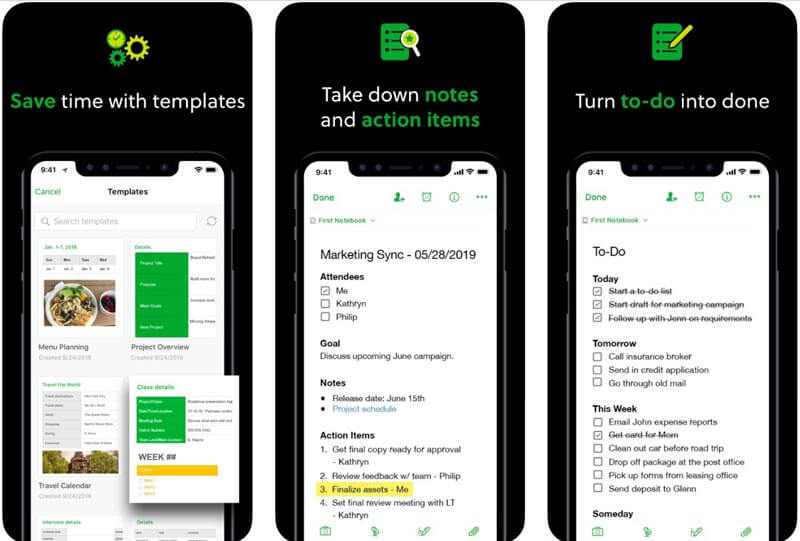 When you want to record audio files with the original quality, tweak the audio parameters, edit and trim the recorded audio files, or even manage the voice files with ease, Vidmore Screen Recorder is an outstanding voice recorder app you can take into consideration. It enables you to get the desired audio with a desired audio code in a high quality.

How to Record Voice on Smartphone with a PC

Step 1: Download and install the voice recorder, launch the program on your computer. After that, you can mirror the iPhone or Android phone to the PC to capture the voice files. Different from the voice recorder apps, you can get the audio files with the original quality.

Step 2: Go to the Audio Recorder menu on the home interface. Turn on the System Sound option and the Microphone option on the voice recorder. If you need to record voice files from other devices, connect the device before clicking the REC button. 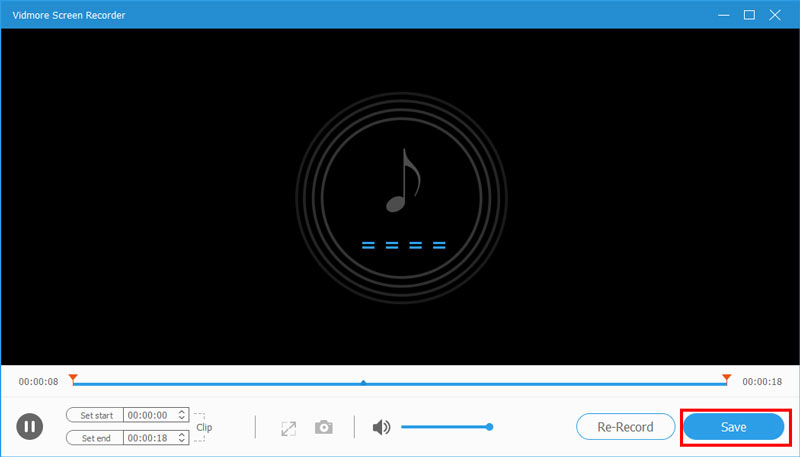 You may want to learn more about: How to mirror iPhone screen to PC

1. Does A Voice Recorder App Record My Real Voice?

To a certain extent, it will record your real voice. However, you might understand that a recorded voice always sounds different. Moreover, the different voice recorder apps, or the component of the smartphones might have special methods to deal with the recorded audio files.

2. Where Do I Find My Voice Recordings on iPhone?

The stock iOS Voice Memos app provides a simple way to record voice files directly on iOS devices. Recordings are saved with the file extension .m4a. You can find them in Voice Memos app or sync to iCloud.

3. What voice over video apps are best to use?

It is fun to add voice over video. There are some voice recorder apps that allow you to do the task on the iPhone and Android devices according to your requirements, such as Splice, Pinnacle Studio, Clipper, AndroVid, KineMaster Pro and more others.