Is Leawo Blu-ray Player a good Blu-ray player for Windows PC or Mac? Can you play 3D Blu-ray movie on it? Here in this post, we like to give you a detailed Leawo Blu-ray Player review. If you want to know more about it, you can continue reading to get more useful information. 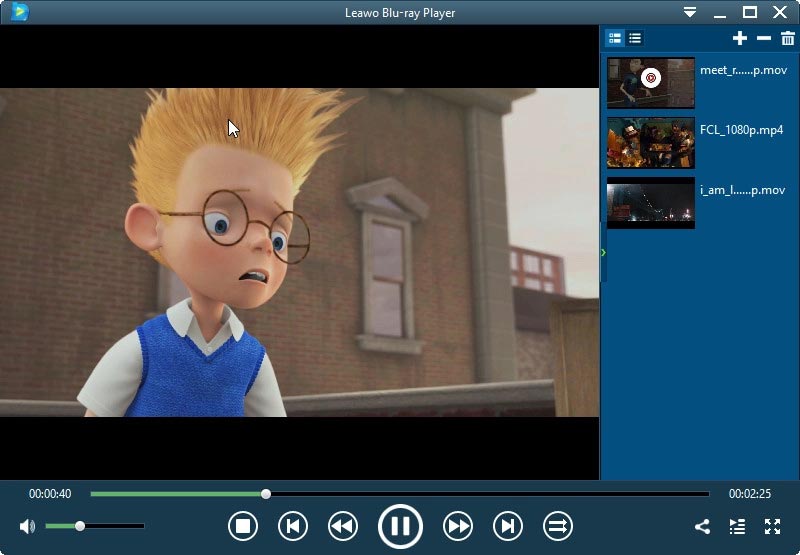 Leawo Blu-ray Player allows you to watch quality-lossless video images at 720p, 1080p, 1080i and 4K (2160p) in H.264/H.265, MP4, MKV, MOV, and more. It is designed with virtual controller panel which allows you to freely select what to play or make settings on disc menu during playing.

Leawo Blu-ray Player can deliver extraordinary audio effect with the adoption of various advanced audio decoding technologies like Dolby, DTS, AAC, TrueHD and DTS-HD. What’s more, it gives you detailed navigation and full playback control. You can easily adjust subtitles, audio tracks and videos during the Blu-ray playback, customize background picture, multiple screen displays, change program skins and more. It won’t take much of your computer's CPU and ensure you can multitask without lag.

Leawo offers a free Blu-ray player version for users to download and have a trail. The free version is ad-supported and you will see many ads about other Leawo products while using it. It lacks the HD or 3D upscaling capacity for pixilated phenomenon. One-year license of paid version costs $22.47/Year and its lifetime license costs $49.97. Note that, lots of users complain that Leawo Blu-ray Player not working problem occurs occasionally.

Blu-ray players are typically needed for top quality and highly comfortable visual experience. If you are not satisfied with Leawo Blu-ray Player and look for a better Blu-ray player, you can give the popular Blu-ray playing software, Vidmore Player a try.

Vidmore Player is a powerful media player which enables you to play Blu-ray/DVD movies, 4K UHD, 1080p/720p HD and SD videos. It can work as a great Blu-ray player to help you better enjoy your Blu-ray movies with fantastic visual and sound experience. Besides the Blu-ray playing feature, it is able to play all your video and audio files in frequenter-used format like MP4, MOV, MKV, FLV, AVI, WMV, VOB, MP3, M4A, AAC, WAV, FLAC and more.

This Leawo Blu-ray player alternative supports any Blu-ray disc types like BD-5, BD-9, BD-25, BD-50, BD-XL, BD-R, BD-RE, Ultra HD Blu-ray, and Blu-ray folder, Blu-ray ISO file and more. It can give you HD image quality and lossless sound effect. You have the full control of the Blu-ray playing. What’s more, you are allowed to select subtitle and audio track, and adjust the image effects as you like. This Leawo Blu-ray player alternative is also equipped with snapshot, quick navigation and smooth playback features.

With the adoption of the advanced audio decoding technologies like Dolby, DTS, AAC, and TrueHD, Vidmore Player can offer you lossless sound effect. Thanks to the latest accelerate technology, it will take little CPU to run and ensure you have a great Blu-ray playing experience. This alternative to Leawo Blu-ray player is compatible with both Windows 10/8/7 PC and Mac.

Blu-ray Master Free Blu-ray Player is a professional Blu-ray and DVD playing tool. It can be the best free Leawo Blu-ray Player alternative for you to enjoy Blu-ray/DVD movies on your computer with high image and sound quality. Besides Blu-ray playing, it allows you to watch other media files like videos in MP4, MTS, AVI, MXF, WMV, MOV, MPEG, RMVB, FLV, MKV, and more. 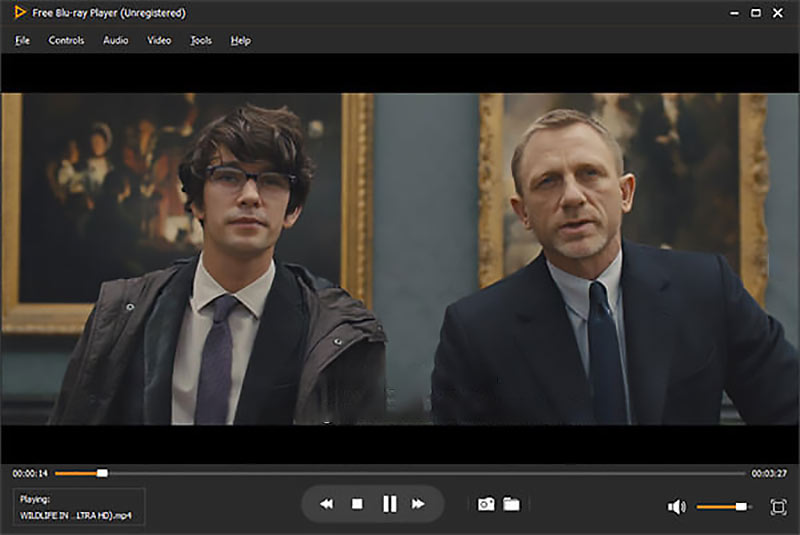 This free Blu-ray player carries some useful features to help you better enjoy your Blu-ray movies. You can handily adjust the video and audio effects to get a great visual and sound experience. For instance, you are allowed to custom video brightness, hue, saturation, and more based on your need. It also offers a Pro version for you if you need more features.

Yes, VLC Media Player is able to play Blu-ray movies. But you should get the latest version of VLC for the Blu-ray playback.

Question 2. How to play Blu-ray disc with VLC?

Question 3. What’s the difference between Blu-ray player and DVD player?

DVD is standard definition 480i resolution format. Blu-ray has a higher video quality even up to 1080p. Moreover, DVD uses a red laser but Blu-ray is read using a blue laser. Learn more about Blu-ray and DVD.