To solve this problem, we gather 2 ways to play 4K Ultra Blu-ray movies with the 4K Blu-ray player in hardware and software.

Read on to find more details.

Compared with the traditional heavy Blu-ray player hardware, the software option will be better with the light appearance and can watch Blu-ray movies everywhere.

Vidmore Player is the professional 4K UHD Blu-ray player, which can play 3840×2160 in 60 fps Blu-ray content on the computer smoothly. Only if you get a computer (Windows or Mac), you can play the 4K UHD Blu-ray movies with the Blu-ray drive easily. Moreover, it can play DVDs and regular digital video formats like VLC.

Free download the 4K Ultra HD Blu-ray player on your computer by clicking the download button above. Follow the on-screen instructions to install and run it immediately.

Plug an external 4K Blu-ray drive into the computer, and insert the Blu-ray disc into the drive.

To guarantee the 4K Blu-ray image quality, you must make sure your compute is a 4K screen display.

Click Open Disc in the main interface to select your 4K Blu-ray disc. Then, it will load your 4K Blu-ray content, and you should choose your favorite chapter or titles to start playing. 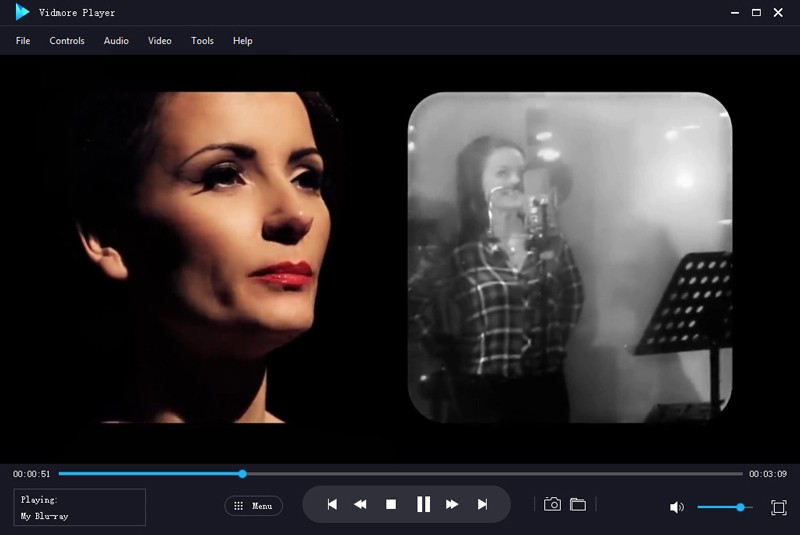 If you have stored a 4K Blu-ray folder and ISO file or DVD movies on this computer, it will play the content by clicking Open Disc.

To play the digital video or audio files, you should click Open File.

You are allowed to control the playback settings (forward, backward, audio tracks, subtitles, and more) from the toolbar. 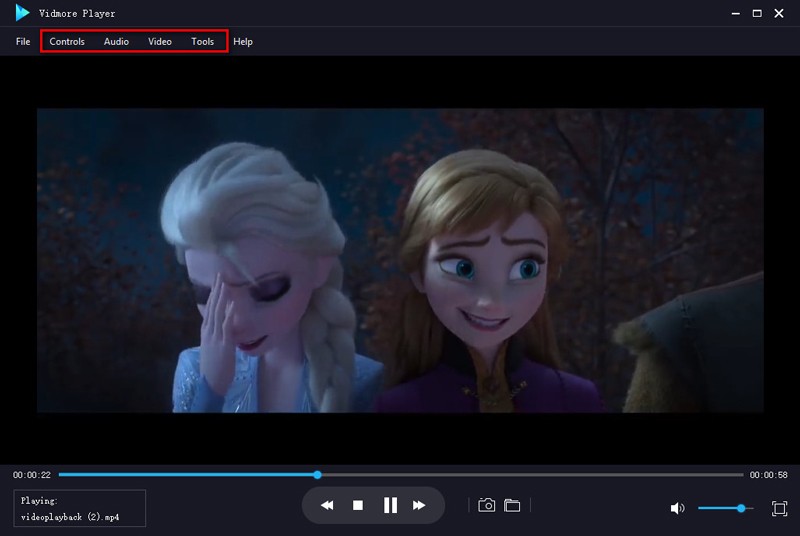 You may be interested in How to Play Blu-ray in VLC?

Most of them work similarly:

Apart from the heavy body of the 4K Blu-ray player hardware, it is also noteworthy to point out that the price of buying a 4K UHD Blu-ray player is not affordable for everyone. 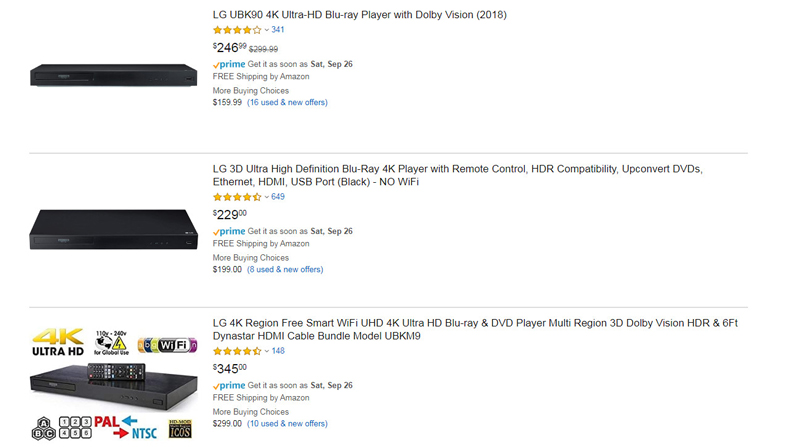 Press the OPEN/CLOSE button in the player and place the 4K Blu-ray disc, then you can start watching the 4K Blu-ray movies with the 4K UHD Blu-ray player.

Most 4K UHD Blu-ray players in the market work similarly, and the detailed guide should be found from the instructions of the manufacturers.

4K VS Blu-ray, which one is worth it?

The noticeable difference between 4K and Blu-ray is that Blu-ray is a digital optical sic data storage format, while 4K is a type of video resolution. Besides, you can check the differences from the following:

2. Playback: Blu-ray files will be opened by a Blu-ray player, while the 4K resolution videos can be played by many devices like iPhone, iPad, and some 4K player software.

To sum up, Blu-ray can be 1080p and 4K UHD Blu-ray, while 4K is a resolution that can be Blu-ray or other video formats like MP4, MKV, WebM, etc. Which one is worth depends on your needs.

Region C: Asia (except for Japan, Korea, Taiwan, and other areas of Southeast Asia).

Region ABC: Classified as region-free as it applies to countries listed in Regions A, B, and C.

What happens when you play a 4k Ultra HD Blu-ray on a regular Blu-ray player?

2. Even if you get a region-free Blu-ray player, the 4K Blu-ray image will be distorted on a common Blu-ray player. Moreover, the 4K Ultra HD Blu-ray movies cannot be opened on a DVD player.

Now it comes to your turn.

Which way do you prefer to?

Would you spend over $200 to buy a heavy Sony 4K Blu-ray player?

Or you may want to download a light 4K Blu-ray player software from Vidmore with $30?

Either way, do not hesitate to leave your comments below.