The 4K technology must be good news to movie lovers who appreciate the image quality over anything else. However, despite the benefit of 4K, most people have difficulty in watching or playing 4K UHD Blu-ray movie directly, as it requires a specialized 4K Ultra HD Blu-ray player, which is very expensive to get. Generally speaking, it’s impossible to play 4K Blu-rays using a regular Blu-ray player.

How to rip 4K Blu-ray with DVDFab UHD Ripper? Follow the guide below.

Step 1. Download and install the 64-bit version of DVDFab 11, then select the Ripper module from the top menu. Insert a 4K Ultra Blu-ray disc, or click the + icon to load the 4K Ultra HD Blu-ray folder or ISO file. 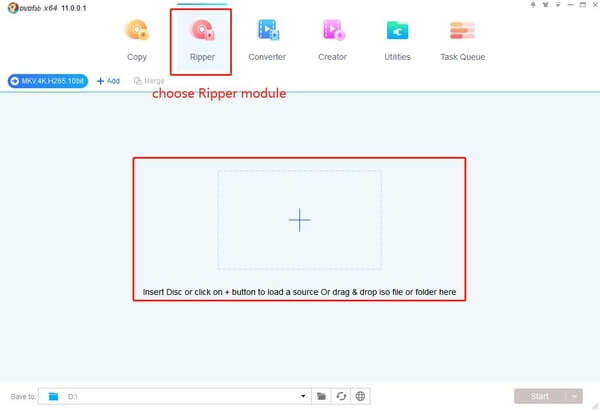 Step 3. After you set everything right, click the Start button to rip Blu-ray to PC. You can also set your PC to automatically shut down, exit program, hibernate or do nothing when the 4K Blu-ray ripping task is done. 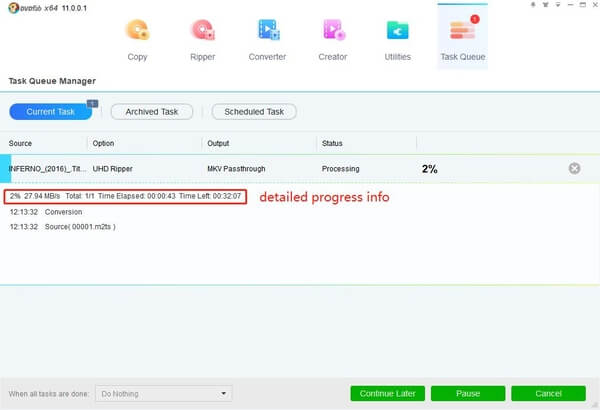 MakeMKV is a well known Blu-ray/DVD ripper program, but it only offers one output format, lossless MKV. It will preserve most information of your source files but not change it in any way. So you can rip Blu-ray or DVD to MKV and watch them on your favorite player. If you want to play the converted 4K Blu-ray file on any portable device like iPhone, iPad, Android, etc., you need to convert the MKV file to MP4 in a lower resolution.

MakeMKV is able to process most Blu-ray/ DVDs, no matter they are protected or not, including 4K and 3D Blu-rays. More importantly, the author promises that MakeMKV will remain free while it’s in beta. Actually, it’s in beta for quite a long time. The only disadvantage is that you can only rip 4K Blu-ray to MKV format, and the MKV file you get will be in large size. 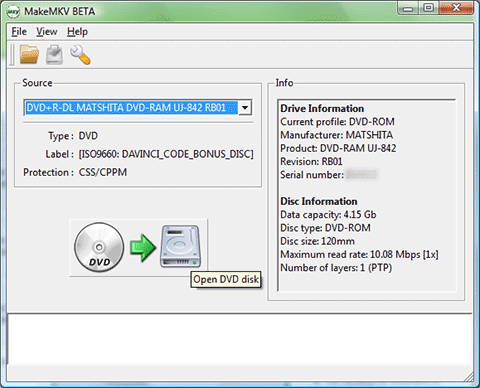 The last 4K UHD Blu-ray ripper we recommend here is Leawo Blu-ray Ripper, which can rip Blu-ray/DVD to 180+ video/audio formats with original quality and 6X higher speed. Compared with DVDFab and MakeMKV, Leawo Blu-ray Ripper supports for more output formats, more over, it’s capable of extracting audio from 4K Blu-ray for playback on any media player or portable device. It also comes with some useful video editing features that enable you to trim or crop a video, add watermark, adjust the video effects, or even add 3D effects on a 2D movie. 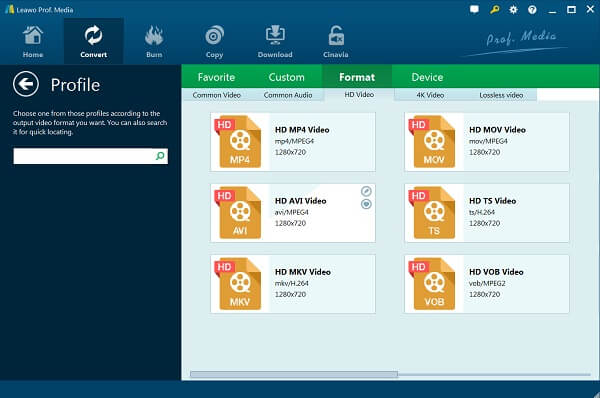 Part 2. How to Rip Blu-ray on PC/Mac with Professional Blu-ray Ripper

Most users may still have lots of common Blu-rays that need to be converted to video/audio formats, in this case, we recommend you to use Vidmore Blu-ray Monster, an all-in-one toolbox for Blu-ray ripping, converting and copying. It can also work as a MakeMKV alternative to rip Blu-ray to MKV Lossless format.

Follow the steps below to rip Blu-ray on PC.

Step 2. Click the big plus icon in the middle, then the program will analyze your computer to find Blu-ray videos automatically. You can also click Load Blu-ray on the top left corner to select the source of videos between Blu-ray Disc and Blu-ray Folder.

Step 3. If you only see the main movie of your Blu-ray, you can click View/Select Title to view other small videos in your Blu-ray disc.

Step 4. Select the output format you want, you can set different output formats to each of your Blu-ray movie.

Step 5. If you need to edit the effects of your Blu-ray movie before converting it to other video formats, you can click the icons besides each video clip to enter different interfaces.

For example, you can click the magic stick icon to adjust effects and apply filters to your Blu-ray movie, rotate & crop video, add watermark and adjust settings for your audio track and subtitle. 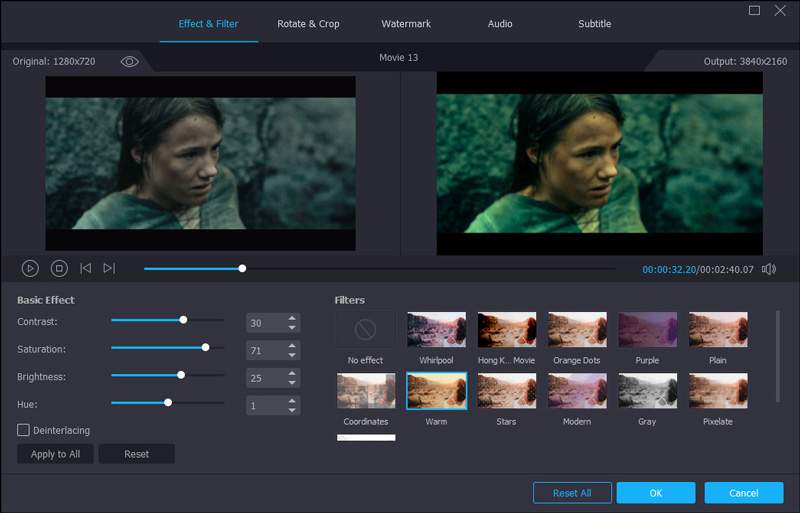 By clicking the scissor icon beside the target format of conversion in the video list, you can trim the Blu-ray movie and set start and end time of the segment you want.

Step 6. After all settings are ready, you can choose the destination to save the converted Blu-ray file and click Rip All to start ripping Blu-ray. When the conversion finishes, it will pop up the folder automatically for you.

2. Can I edit 4K Blu-ray before ripping it to other formats?

If you need to edit 4K Blu-ray before ripping it, we recommend you to use DVDFab UHD Ripper and the beta version of Leawo Blu-ray Ripper, MakeMKV lacks of editing feature.

Yes, if you want to put your 4K Blu-ray collections to Plex, you can rip 4K Blu-ray to Plex compatible formats such as MP4 and MOV. In this case, DVDFab and Leawo 4K Blu-ray Ripper can do you a favor.

In this article, we have recommended the top 3 4K Blu-ray rippers for you to rip or convert 4K Blu-rays in order to play and watch them on commonly-used players or portable devices. Among them, we recommend DVDFab mostly as it supports more profiles and HDR10 technology, which make it outstanding from the three options. You can choose the one meets your need according to your detailed demands and the features of each 4K Blu-ray ripper we introduced above. In addition, if you are looking for a common Blu-ray ripper that can help you rip Blu-ray to video/audio formats and edit Blu-ray movies as you like, Vidmore Blu-ray Monster can be your best choice.